Bayswater (and the Westfield Centre by tube)

Bayswater is a useful shopping area with various ameneties such as Whiteley’s cinema and the Queensway skating rink. Its about 15-20 minutes walk from Little Venice. Westfield is one of the largest shopping centres in the UK and is reached by tube from Royal Oak station
How to get there from Little Venice. This shows the nicer route from Little Venice visitor moorings via Westbourne Green

Turn right and descend along Lord Hills Road towards the open spaces. There are two routes along here in this view looking back to the canal embankment in the far distance 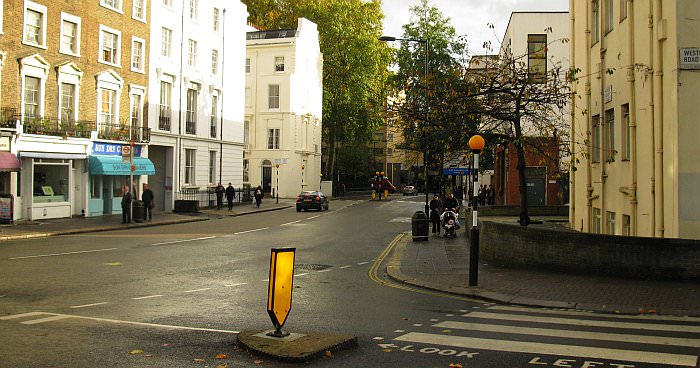 Porchester Road at the junction with Westbourne Park Road
For Bayswater itself continune straight on along Lord Hills bridge and on to Porchester Road. This leads directly to Westbourne Grove and Queensway where most of Bayswater’s shops are. There is a market just off Porchester Road on Saturdays. Further afield, Kensington Gardens and Notting Hill are within walking distance. The 27 bus is a useful link, and it also goes to High Street Kensington and Olympia (if anyone wants the 27 without walking to Westbourne Grove its best to catch it just a short walk away on the far side of Westbourne Bridge Road.)

NOTE: Whiteley’s closed a few years ago and the site is being rebuilt. 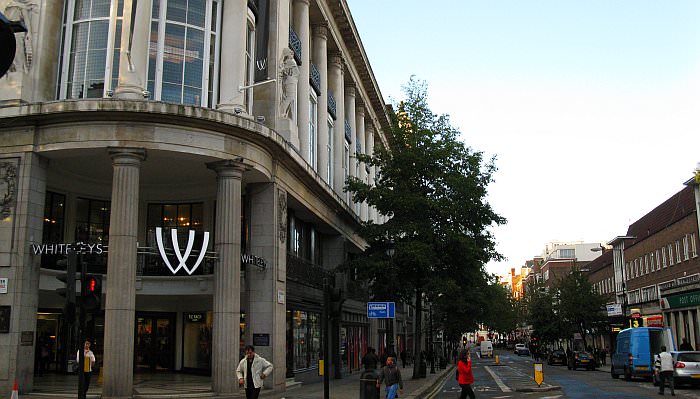 The most iconic attraction in Baywater is Whiteleys. This large department store is now host to a number of smaller units. You will find Marks & Spencers, HMV, food stalls, banks, a multiplex cinema, cafes and restaurants all under one roof. There is a Post Office, WH Smiths, Maplins, Boots, Superdrug, several charity shops and Tesco’s opposite. A wide variety of individual shops catering for all tastes can be found in Westbourne Grove, as well as the usual restaurants and cafes. A new Masala Zone has just opened at the bottom of Porchester Road 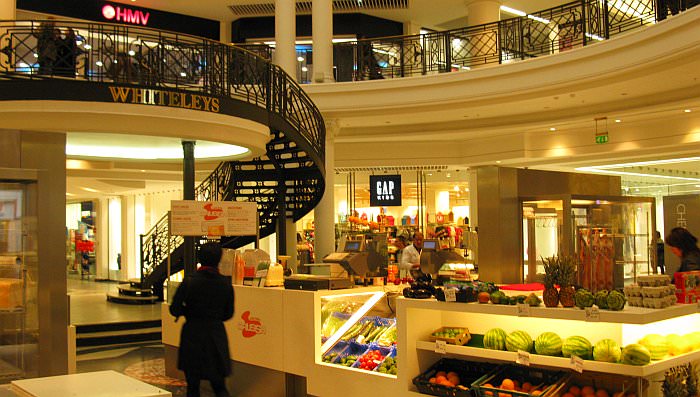 The interior of Whiteleys 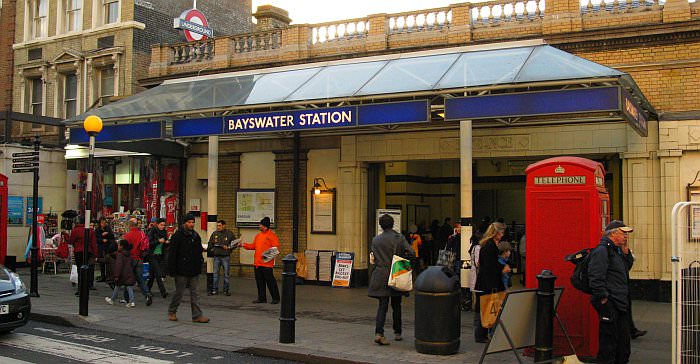 Bayswater (Circle/District) is complemented by Queensway (Central line.) The large indoor market & ice skating is nearby

Bayswater can be said to be Edgware Road on a smaller scale. There are a number of middle eastern restauarants, but again other cultures manage to get a look-in. Italian, Chinese, Indian, and theres a second Tesco’s opposite Bayswater station. Queensway indoor market offers a large choice of traders under one roof and next door is the well-known Queensway Skating Rink. At the bottom of Queensway is Bayswater Road, which borders the north side of Kensington Gardens and Hyde Park, and one can walk across the parks to Kensington Palace or High Street Kensington, the Royal Albert Hall or Science Museum, Natural History Museum, Victoria and Albert Museum and a little further on is Knightbridge for Harrods. if you get this far to the museums or Harrods, there’s always the opportunity of catching the 414 bus back to Little Venice!

The area is served well by buses, and has three tube stations – Bayswater for Circle and District lines; Queensway for the Central line; Royal Oak for the Hammersmith and City. The entire list of bus routes are as follows – along Bayswater: 94, 148 and 390; on Bishops Bridge/Westbourne Grove 7, 23, 27, 70; and Porchester Road 36