The location at which the Regent’s Canal’s only aqueduct (officially called ‘King’s Cross Railway Aqueduct’) exists at King’s Cross. The crowns of the railway tunnels underneath the Regent’s Canal were built so close to the bed of the waterway the solution was to build a cast iron aqueduct beneath ground level. As explained elsewhere on London Canals, if one travels on one of the local surburban services out of Kings Cross and the light is in the right direction it is possible to view the cast iron aqueduct and its supports towards the top of the tunnel crown as the train enters the Gasworks tunnels.

Description of the railway at King’s Cross and the canal aqueduct built over it in 1851-2. 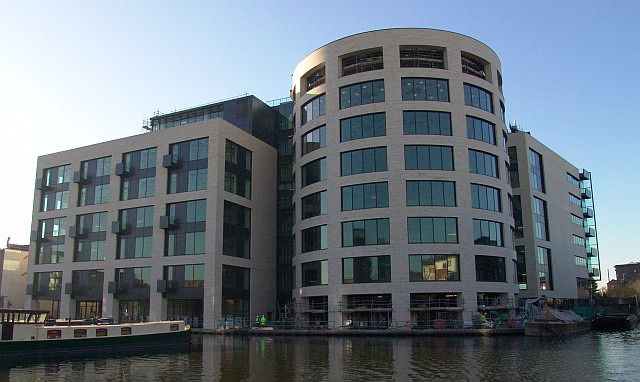 The new development at Kings Place (headquarters of the Guardian newspaper) which has a 400 seater Concert Hall! The Orchestra of the Age of Enlightenment and the London Sinfonietta will have their main residence here.

Battlesbridge (or Horsfall) basin is another major feature here. Its said that boats will have to have their engines off and be towed past the premises so as not to upset the acoustics. That includes Bollinders! Any offenders will make the Guardian headlines! 🙂

The butty Coronis in its setting within the London Canal Museum at Kings Cross.

London’s one and only canal and waterways museum can be found at Battlebridge Basin, just to the east of Kings Cross station at 12-13 New Wharf Road, a short walk from either Kings Cross/St Pancras or the towpath at either York Way or Caledonian Road. The museum itself is fully accessible. Deaf patrons will appreciate their attempts to make the museum accessible in terms of visual presentation and BSL videos as will other ranges of disability for which many needs are now considered. Podcasts covering towpath walks are also available for download from the museum’s website.

Kings Cross has changed so much. The days when I remember trolley buses plying down Grays Inn Road have gone. Now there’s a new international rail terminal in St Pancras station, the whole area between the stations has changed and there’s a large Tesco’s in Cally Road, and plenty of shops and coffree bar and restaurants around the rail stations. The new St Pancras station has two Marks and Spencers and a large shopping Mall. A highlight at St Pancras is the bronze statue called ‘The Meeting,’ a useful redezvous for lovers! Even more changes are onthe cards as one wil see if they make a visit to the German Gym opposite St Pancras station. Here can be found the plans and large scale model of the Kings Cross re-development. 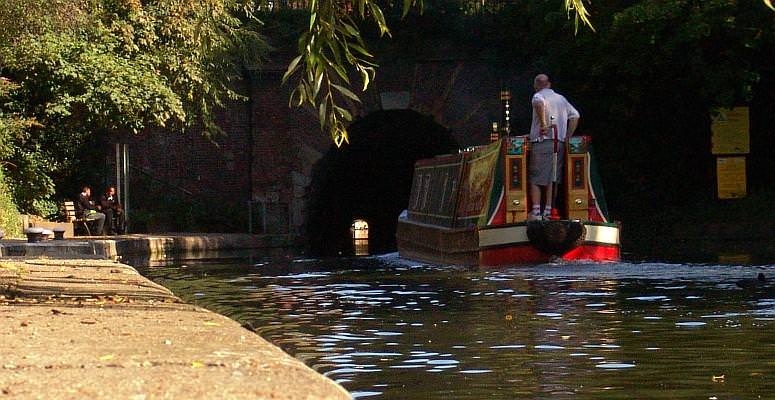 Entering the west portal of Islington Tunnel on way home to Kingsland basin. The east portal of the tunnel can clearly be seen. 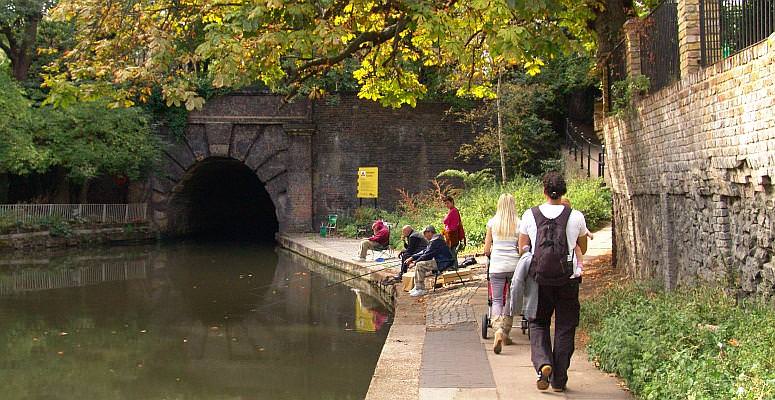 The longest of the London canal tunnels is at Islington. This is the eastern portal near City Road lock. 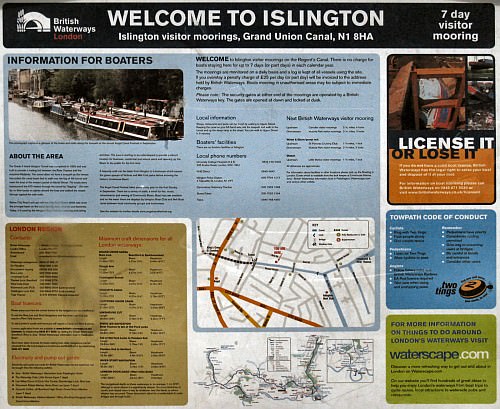 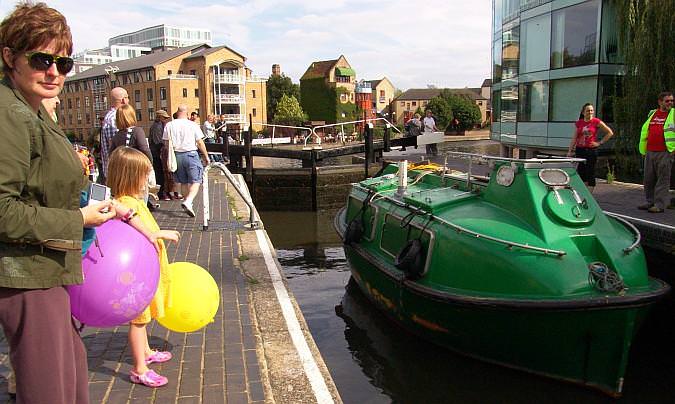 City Road during the 2009 Angel festival, with one of the strangest boats so far to grace the London Canals! There’s an increasing number of alternative styles of boat in use as people become desperate for accomodation but cannot afford narrowboat prices. In many ways its a call-back to the sixties and early seventies when anything that floated was put into use, so its just history repeating itself. 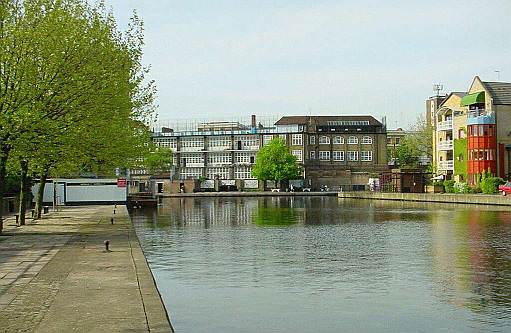 City Road basin. This was and still is, the largest of the Regent Canal’s basins. Its mainy used for canoeing and sailing activities.

The view below was taken from the upper deck of a 43 route bus travelling down City Road. The stalls are part of the Angel Canal Festival 2009. The view has now changed beccause of new development around the southern extremity of the basin. 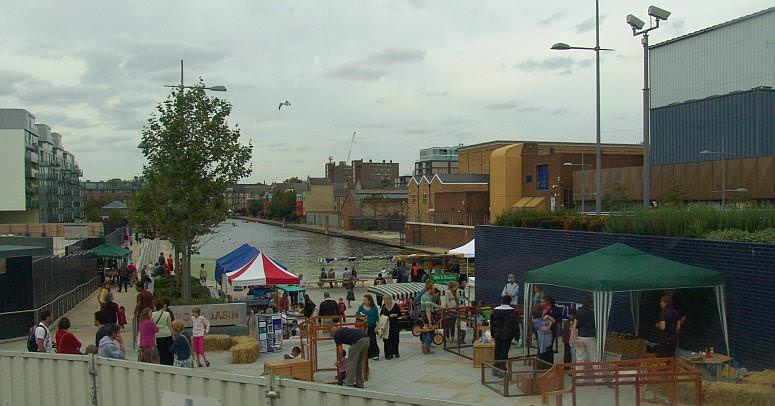 The Regents Network called for the reinstatement of the basin area on the farside of City Road. This is not an impossible job for City Road is still at the correct height to allow sufficient headroom for a possible link to a new basin area. Unfortunately many developers in London are messing up the canal scene as well as the potentiality of their own developments by short sighted planning.

The awful Paddington Basin is one of the prime examples of such short sightedness – there was enough land to create extra waterways and have the buildings sited alongside. As a side result it would have also made the residential properties more sought after which is exactly what the property developers want. But there you are, the history of re-development alongside the waterways in London is a chapter of utter mess and totally missed opportunity, and many new canal side developments are at best a total balls up. 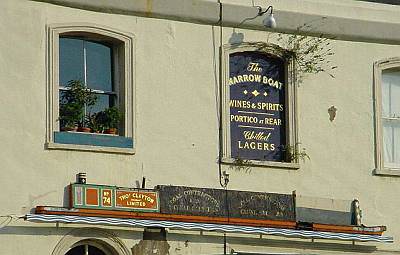 The Narrowboat pub, near City Road Lock. This is the old order complete with model narrowboat. The pub has recently been rebuilt. 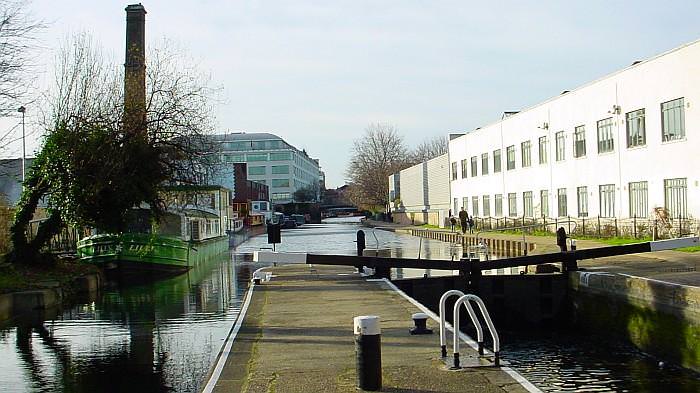 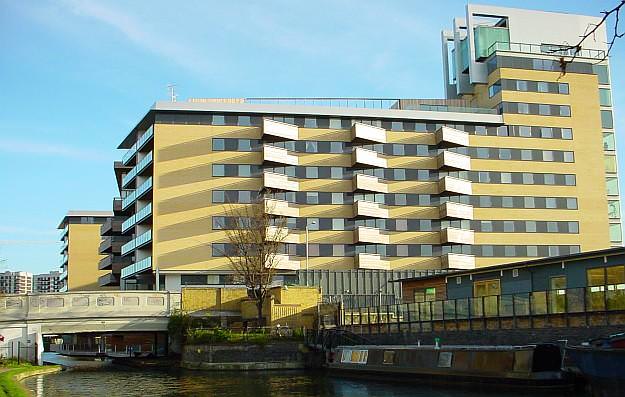 Strange head sculpture of Hitchock inside the Gainsborough complex! Perhaps suitable for a bit of crapping practice by The Birds?

Cycling on the towpath near Southgate Road 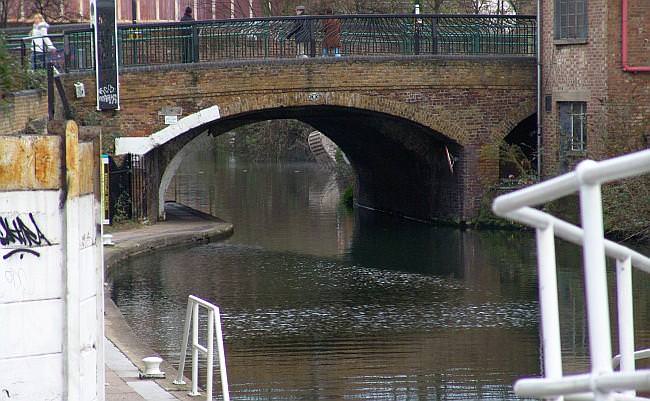 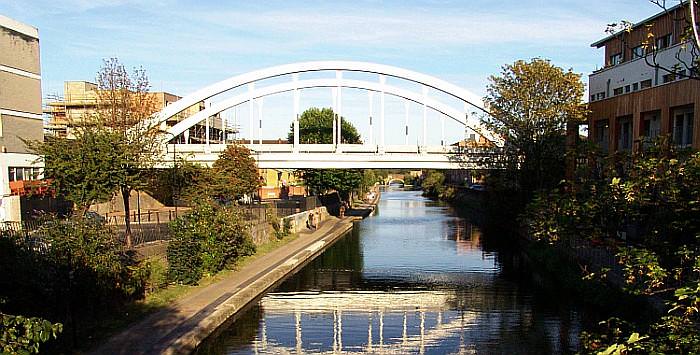 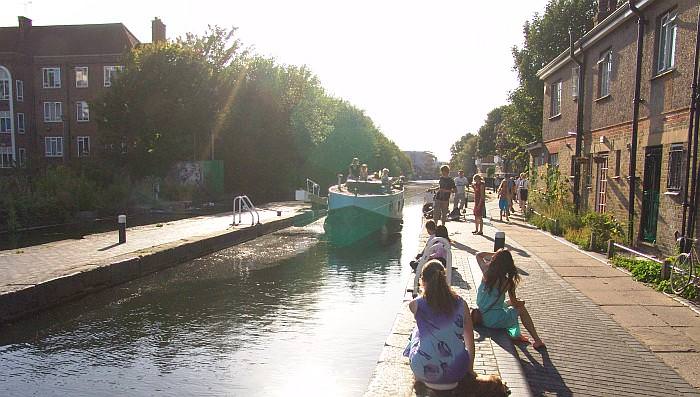 Scene below Actons Lock. Nearby is Broadway market.

Next: Mare Street to Limehouse

The Regents Canal Following on the success of the Grand Union's Paddington Branch, the Regents was opened to exploit the...