The Lee Navigation once connected into the actual River Lea for a short distance from a point just above the M25 at Rammey Marsh as far as the Hazlemere marina footbridge.
From here one could indeed reach Waltham Abbey along a branch of the River Lea as well as boat upriver towards some wharves to the north of Waltham Bridge and boat downstream towards what were known as ‘The Islands.’

The head of the Waltham Town arm. No longer accessible to boats.
The new replacement flood relief channel (Horsemill Stream) superseeded the original channels. The only trace left today an arrangement ever existed is the remains of a weir seen to the south of Hazlemere marina. Here the Navigation and river merged for about a quarter of a mile. The pictures below show the old weir and sluice-keeper’s house (long demolished) and a modern view showing remains of the same weir (ringed in red.) 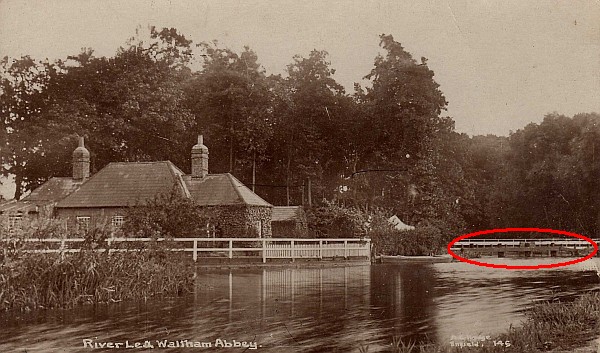 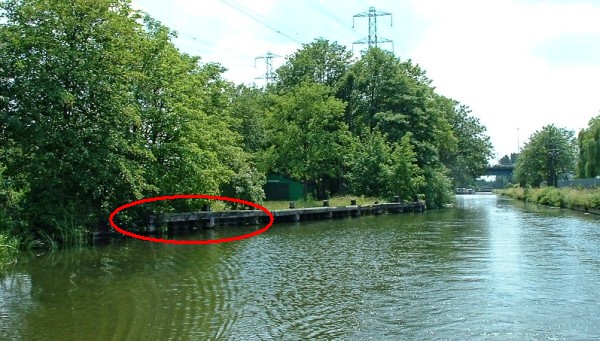 The construction of the Horsemill Stream relief channel means the Lee Navigation no longer has any access to any of the many channels around the town.
Waltham Town Lock used to be south of the main road bridge. The old lock-keeper’s house is adjacent to Hazelmere marina. The lock was moved north in 1924 when the old main road bridge was replaced by a newer structure.
There are plenty of walks in the area including ones along the River Lea flood relief channel, and the remnants of the Powdermill Cut. The two Waltham locks (Town and Common) lift the Lee Navigation up to Cheshunt where there is a railway station and local shops.

This unique canal system was accessed in two different ways – one via the Powdermill Cut and the other via the Waltham Town Cut. It is no longer possble to access the mills by boat.
The Royal Gunpowder Mills canals were a substantial private system with plenty of bridges and aqueducts. There were at least five miles of canal on two levels, connected by a lock.

The lock on the Gunpowder Mills’ canal system. Note the different paddle gear.
Many of the bridges had a distinct shape and served as footbridges to connect the different parts of the Gunpowder Mills complex. Not all the bridges were of this style though. Some were brick built, some wooden and some of rather strange character, essentially an austere look, such as the former footbridge which has trees now growing within it

Much of the old canal system can be walked, some of the channels have a dedicated walkway. The more remote parts of the system can be seen by taking a ride on the Gunpowder Mills’ own railway system.

Austere footbridge which has trees now growing within it!
The Royal Gunpowder Mills’ aqueducts had some of the later cast iron examples in the country and it seems at least two existed. They were built in the 1870’s.
The system’s other aqueducts were brick built structures. 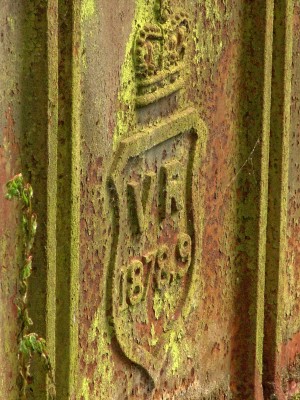 Date of construction on side of aqueduct. 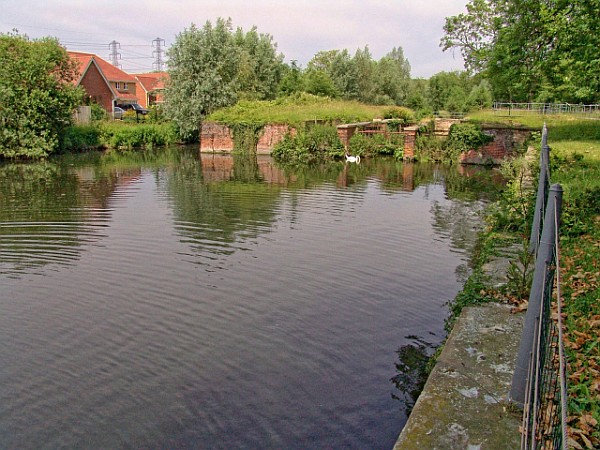 The old wharf on the River Lea where gunpowder barrels were loaded onto barges.

The Royal Gunpowder Mills are a short walk from the Lee Navigation at Waltham Abbey.