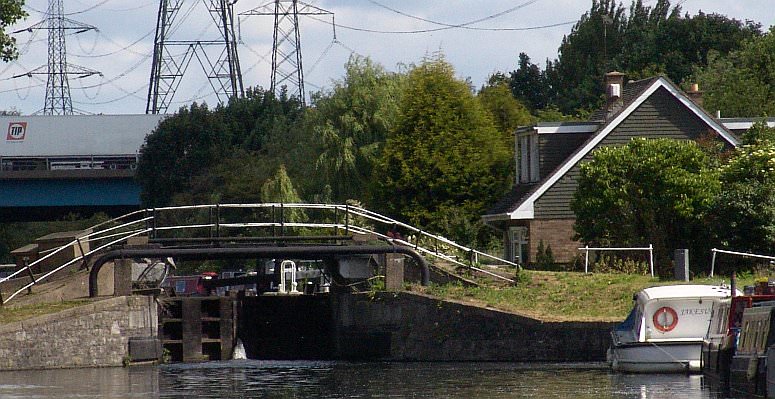 The lock and 1835 iron bridge at Rammey Marsh.
This section of the Lee Navigation was the last to be constructed outside of London, and the date on Rammey Marsh bridge gives the date of completion. It replaced the entire river section from Enfield to Waltham Abbey. Rammey Marsh is the second of two partially mechanised locks on the navigation besides Enfield. From here to Hertford the locks are entirely manual.
The M25 bridge is visible in the background, and forms the boundary between Greater London and the County of Essex. This is the first of the navigation’s several forays into Essex – hence the only navigable waterway in Essex connected to the remainder of the waterways system. 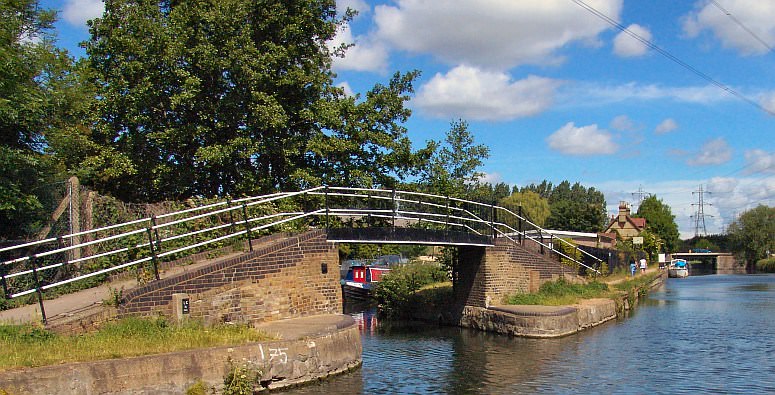 The entrance to Hazlemere Marina. There is a water point and a sanitary station accessible from the towpath.
It might be difficult to believe but at one time this location was the intersection of four different waterway routes. There were two branches onto the River Lea, and the separate but navigable Waltham Abbey arm. Nowadays there just isnt any choice and one must walk into Waltham Abbey from here.
This is not a brilliant stretch of waterway but its sort of likeable. There are useful shops near the abbey itself, or a there’s greater choice at Waltham Cross to the west. A visit to the abbey itself is recommended – one must simply see the signs of the zodiac painted so intricately onto the abbey’s ceiling, its a wonderful sight. The town itself has some noteworthy buildigns and delightful walks along backwaters. One might even find the old town wharf. The Royal Gunpowder Mills are a short walk away and it is worth a visit – you may even get to see one or two of the Armoury’s own private canals with their own locks and aqueducts.
Feature: The old order at Waltham – the former navigable channels around the town 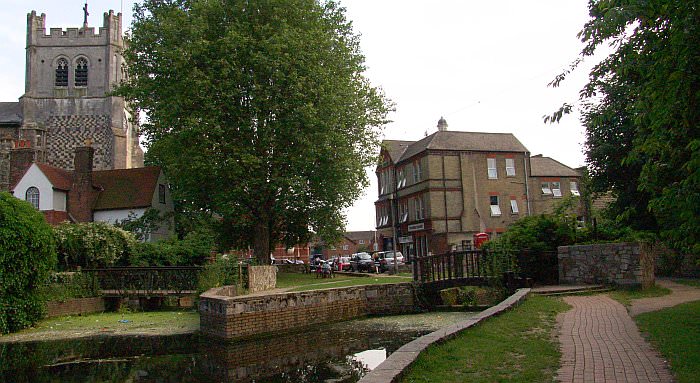