The is some debate as to the exact route the Croydon Canal took after Forest Hill. Some possible evidence shows it may have taken an alignment slightly further west, but this all depends on how large the ‘wide’ on the canal existed at this point 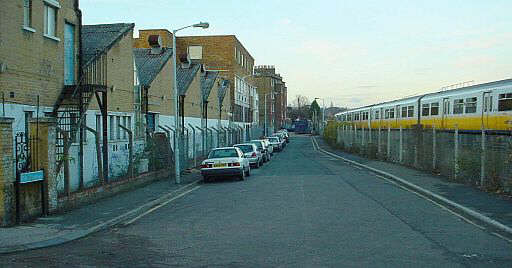 The short passageway emerges by the southern end of the platforms at Forest Hill Station, then runs south along the railway alignment for a short distance before indicating the canal turning south west into a long bend that brought it back to the railway at a footbridge connecting the two halves of Sydenham Park. This is one of the sections where opinions differ on the route. In Retracing Canals to Croydon and Camberwell, the canal went along the railway alignment, but in The Croydon Canal by Peter Gow, it takes the route as I have just described – this being the correct route. This is Clyde Terrace SE23 looking towards Forest Hill with the railway lines visible. The canal route veered away from the railway route, as indicated by the line of buildings on the left. The view on the right is by the footbridge at Sydenham Park. The route passed along where the blocks of council flats now stand (part can be seen top left hand corner.) Their alignment reveal the canal’s former alignment naturally. At this point there was once a swing bridge. A disused signal cabin stands nearby (hidden by trees) being one of the Southern Railway’s discernible 1930’s brick/concrete structures 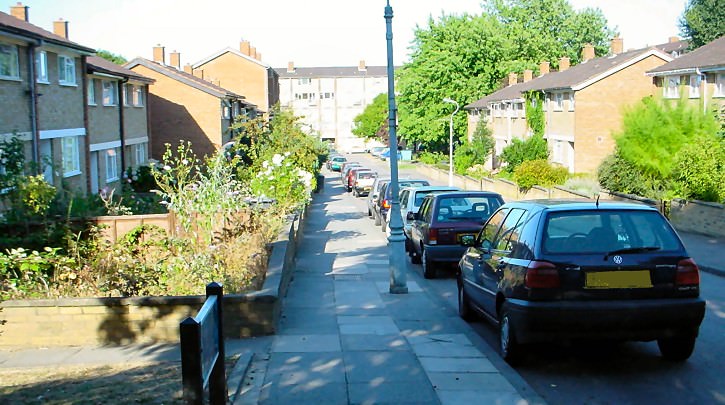 Briefly we take a look where Sydenham reservoir used to be. The above picture shows blocks of flats at the bottom of Longfield Crescent. Thes flats are the ones that run along the former canal alignment near Clyde Terrace as shown in the previous view. The view from this point is where one would have stood on the embankment that formed the dam of Sydenham reservoir, looking down to the Croydon Canal itself. The view below looks northwestwards along what was once the top of the embankment at Sydenham reservoir. The entire reservoir area that stood to the left of the road is now entirely covered by dwellings of different styles and descriptions. The road is know as Sydenham Park Road and it is indicative of the extent of the erstwhile Croydon Canal reservoir that existed here. Out of three reservoirs, only the one at Norwood now remains 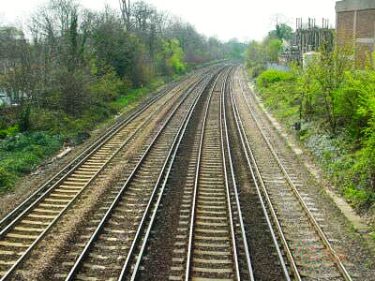 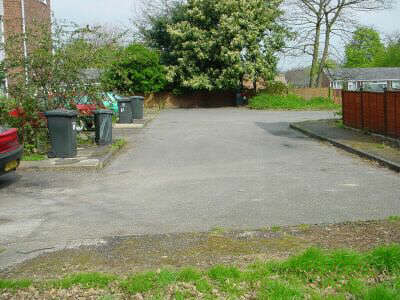 Back at Sydenham Park footbridge, and looking the other way to the south (1st view) the canal ran across the railway alignment to the left – and upon entering the trees on the left hand side of the railway, its alignment passed through what are now properties on Hennel and Catling Closes (2nd view) The canal was cut into one side of the hill here, the ground dropping away to the south. Hennel Close is well below the level of the former canal alignment. The far end of Catling Close is actually on the canal’s alignment 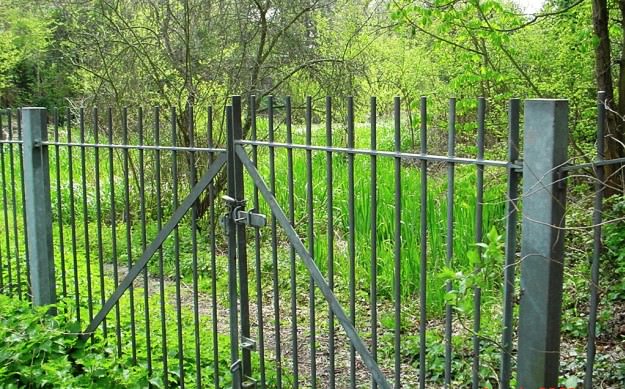 This becomes all the more apparent when one looks over railings at the far end of the close (this view) and discovers a surprising scene that demolishes the claims surrounding Betts Park as the only stretch of canal still in existence. The canal curves through a cutting at what is now Dacres Wood nature reserve.