Forest Wood was a quite large tract of woodland up in the hills above London. To give an idea of what the route must have looked like, the only similar comparision would be that of the Wey and Arun Junction Canal as it traverses Sidney Wood
After Honor Oak Park, the route of the canal passes round the back of properties in Boveney and Devonshire Road southwards. It was considered one of the most attractive parts of the canal, being largely through what was once known as Forest Wood. This began the penultimate level of considerable length towards Croydon, winding through Forest Hill, Sydenham, Penge, Anerley, and Norwood, before the final two locks at Norbury. The canal around Devonshire Road remained in water long after the rest had gone to the great infill in the earthm and virtually nothing is left of this once glorious woodland. After it closed, the old canal remained as a watercourse at the bottom of properties fronting Honor Oak Park, with footbridges at regular intervals over it, complete with tennis court and more private gardens on the far side 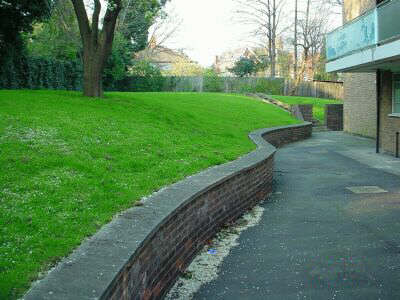 Such scenes are hard to imagine in the present situation. The view above left shows raised land at the rear of flats in Boveney Road, and this is probably a remnant of the canal’s eastern flank. Looking the other way (above right) along the boundary fence, we see the approximate eastern boundary of the canal. The canal here would have wound along the hillsides of Honor Oak, or One Tree Hill, the land dropping away to the left to reveal stunning views. In Hengrave Road, a seemingly innocent rear access road for properties in Boveney Road is actually the route of the canal – being the first real clear indication since the junction with the Grand Surrey. This perspective looks south towards Croydon 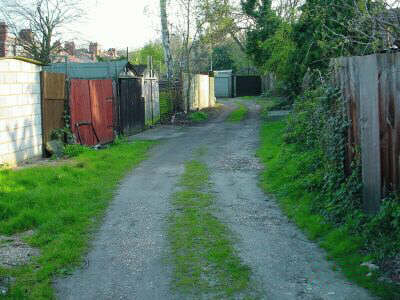 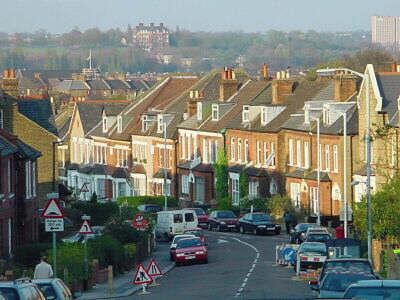 It has been mentioned that the canal clung spectacularly to the hillsides along this stretch. It is impossible to envisage it today. However, in Devonshire Road, where the road climbs sharply towards Forest Hill, this vista unfolds to the north showing the hilly countryside. Where the white van can be seen parked, the canal passed from left to right, having formed a loop round from Honor Oak Park, which then extended to come back over Devonshire Road further on. Below left shows the point at which the canal came back across Devonshire Road, this time almost diagonally from right to left 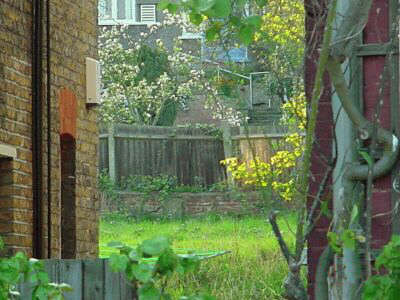 A look between the properties on the north side of Devonshire Road reveals the canal boundary clinging to the hillside Continuing the trip through the former Forest Wood, peaceful and rural as far as London’s canals go. From a point on Devonshire Road, we are now where one can make out the canal’s route as its towpath forms the elevated walkway fronting these properties in the distance. This is Davids Road in Forest Hill. But before we reach it we need to go round back roads to see where the canal once went 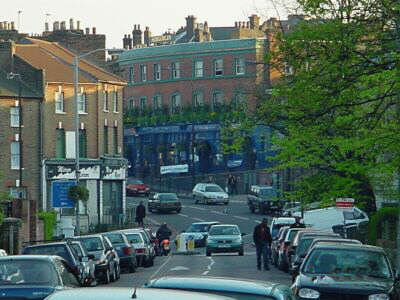 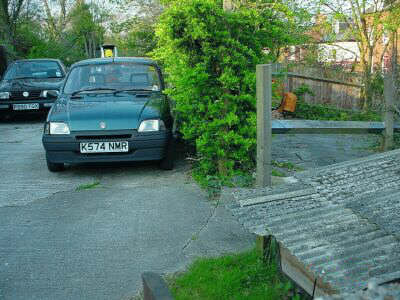 Just off Devonshire Road, a short driveway on Ewelme Road is the canal route, its sides can be seen falling away to the right. The parked cars would have once been boats moored here in a peaceful forest! 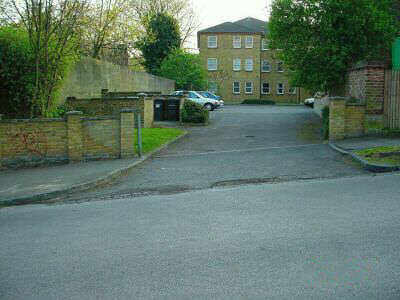 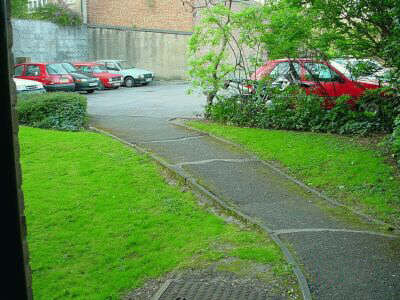 A bit further along, in Woodcombe Crescent, another driveway utilises the canal route. The modern building here fronts Davids Road, and this (above left) is the rear access. The canal ran straight through here whilst the wall on the far side in the above right view is the western boundary of the canal alignment 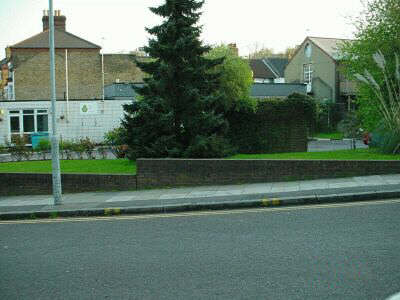 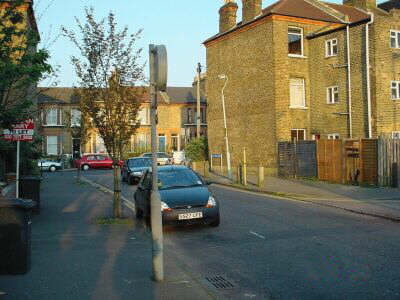 After having passed through the site of this block of flats the canal then turned here across Davids Road, through what is now an ambulance station parking lot. Here the canal widened out to form a winding hole, before narrowing again to run across Pearcefield Avenue (above right) running from left to right. The towpath then becomes the elevated footway along Davids Road.