This was the location at which the canal rose steeply on its climb to Honor Oak – no other such comparable broad canal ascent can possibly be found anywhere on the south eastern waterways. Even on other waterways those such as the famous Grand Union Canal’s Hatton flight pales into insignificance
Traces of the canal route so far have been quite difficult to find. But at Brockley Station, indications of the former canal can be seen, and nearby is the Brockley Barge – indicating links with the canal. At this point the canal began its climb and the first of the locks was sited here just by the end of this grassy embankment sited by the footbridge on the west side of Coulgate Street. Although the embankment is not the canal itself, it is appears that when the railway was built, the old canal route here served as a spoil heap. When Brockley Station was eventually built, much of this spoil was removed leaving this stump. Below left we see the canal route as it came off Brockley Cross, on the west side of Coulgate St and on the right can be seen part of this grassy embankment, by the brick wall, from whence one can look straight along the route of the canal as it progressed towards Honor Oak. In the foreground was the site of the first lock of this long climb, being no.11. 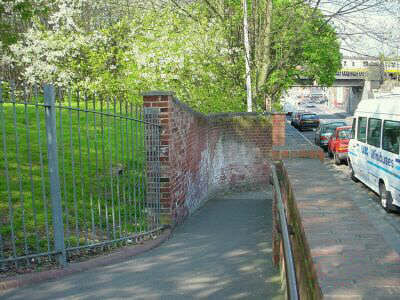 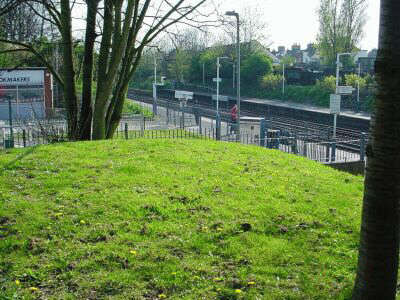 With a train for Charing Cross speeding through on the up fast line, we look southwards along the route of the canal. The locks once stretched out into the distance, and it may have been possible to see eight locks up to no.20 – because there were no overbridges on this section – save for swing bridges over nos.17 & 20. 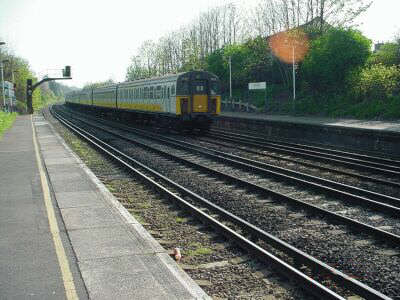 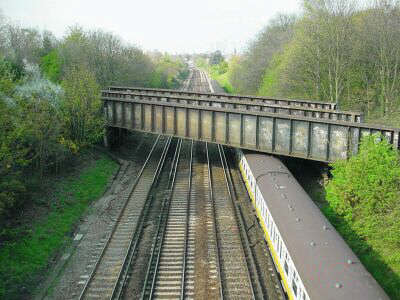 These two pictures look north (above right) and south (below left) from the Dalrymple Road footbridge. The extent of the railway cutting is apparent. It does the imagination no justice trying to envisage the lock flight from this point where no.17 once stood with its swing bridge (somewhere about at the height where the roof of the train is!) Locks 16 to 12 were to the north, whilst 18 to 20 were to the south. 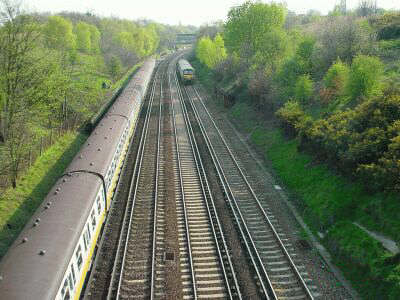 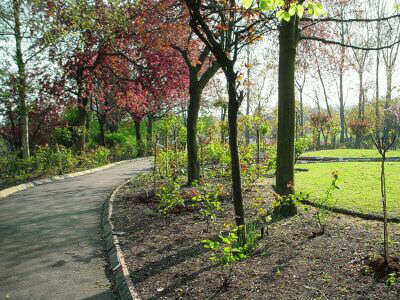 The canal route on the the railway alignment means no traces can be found. However around Honor Oak crematorium and stadium, it is possible to find indications of the canal’s alignment. Just after Brockley Way the canal leaves the railway route and turns slightly south west to make for the top of the flight. The entire area along here has been deposited with spoil from the deep cuttings, and as said before, the canal being railway property, they were at liberty to use it as a dumping ground for spoil. At Honor Oak crematorium a beautifully kept memorial garden (above right) the canal alignment stood as it headed straight ahead towards a disused tennis court, whose trees constituted the canal’s western boundary. Beyond the old route to Honor Oak is almost impossible to trace. It is a shame because the canal rose in a spectacular fashion through the last few locks, affording excellent views of the surrounding countryside. The next section of interest, even though it doesnt look anything like a canal location, was around Honor Oak Top lock, a staircase that formed the Summit of the 28 locks