One of those quite rare stretches of waterway that have now become a road (this is however NOT a ‘rarity’ in London when one considers the total mileage of the Croydon, Grand Surrey, Kensington, Romford, Woolwich Arsenal canals and the Ruislip feeder that are now under tarmac)
Having initially seen the block of flats from the Goldsmiths grounds at Barriedale, they are now in full view here. They’re just off Shardeloes Road as it makes a turn by the junction with St. Donats Road. The Croydon Canal ran between the flats and the boundaries of properties to the right, so in many respects these cars are on the canal’s actual alignment 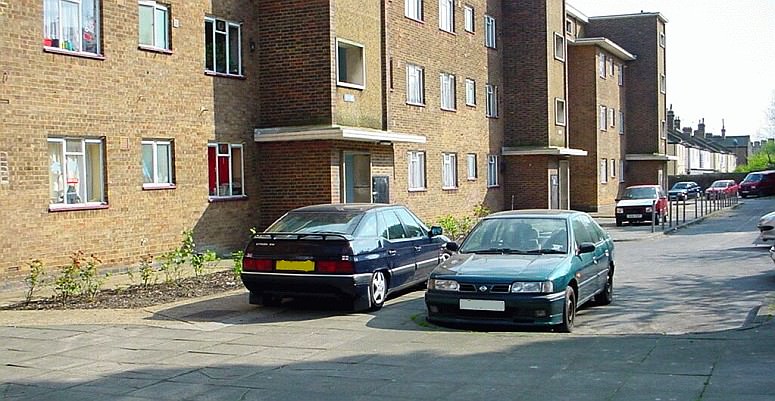 From the same position as above but looking right, we see the boundary of properties that lie on Barriedale where it runs parallel to Shardeloes Road. The canal’s western flank was on this boundary. At this position, the canal would have run from right to left towards Croydon, the photographer being more or less in the centre of the former alignment 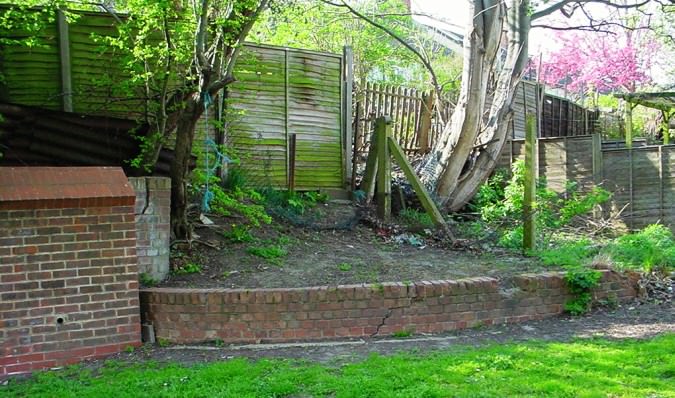 Brindley Street just off Shardeloes Road. Lets hope that some council planner did not mistake Brindley as being the engineer of the Croydon Canal! At least the area has some connection with canals, even if it was NOT Brindley who built the Croydon Canal! 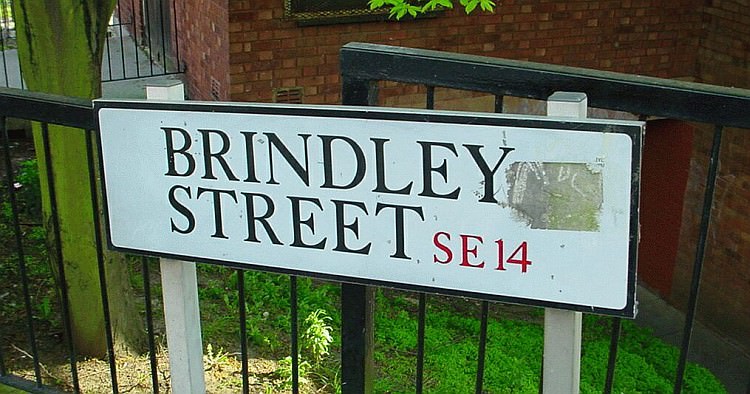 In ‘Retracing Canals to Croydon and Camberwell,’ its suggested the canal ran along the present route of Shardeloes Road all the way to Brockley Cross, whereas recent research suggests it ran on the right hand side as far as Vesta Road, before running along the road itself. The book also suggests locks 11 and 12 were situated on this northern section of Shardeloes Road, whereas Peter Gow’s work indicates these locks actually began just before Brockley Station. The view below shows Shardeloes Road, and since it is quite level, it is probably correct that locks 11 and 12 began at Brockley for the canal south of Vesta Road was in a shallow cutting. To the right stand the block of flats that mark the canal coming off the Barriedale section

This view (below) looks north to Vesta Road, and this section is where Shardeloes Road uses the old canal. After the canal closed, the route a country lane of sorts – as seen on old maps of the area – to serve the brickfields that were built on the site of the New Cross locks. The lane evolved eventually into Shardeloes Road. It always seems odd when roads are found to be built on former canal routes, but there are many other instances around the country including the Grand Surrey 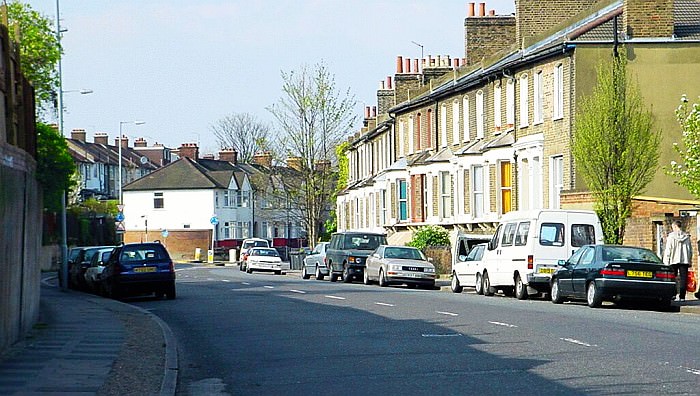 This is a view (below) towards Brockley Cross, where the canal began its ascent to Honor Oak. A lock keepers house, which existed until about 1947, stood where the red bus stop area in the road is. A drawing of the cottage is shown (right below.) It seems odd that a lock keepers house was situated where there was actually no locks, but in hindsight it may have been that this lock keeper’s cottage, by reason of its location, may have been for the locks to New Cross, and part way to Honor Oak – eg ten down to New Cross and perhaps the first two or so up towards Honor Oak, balancing up the responsibility that the lock keeper at Honor Oak had of looking after say, 17 locks. These two lengths would have been more or less equal in terms of walking distance. In the foreground is the approximate location of a swing bridge, by the junction with Millmark Grove. This swing bridge would have also been under the cottage’s jurisdiction 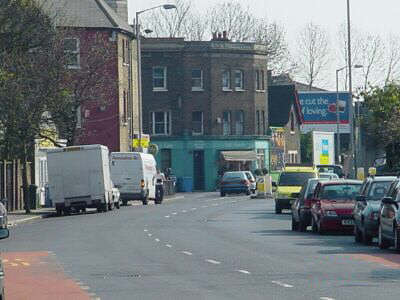 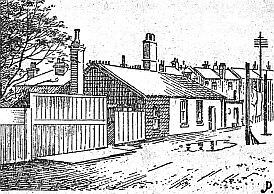 The canal passed under a bridge at Brockley Cross, and continued to run on the right hand side past this railway bridge. On the far side of the bridge, the route entered the Brockley Station environs to begin the ascent through 18 locks from Brockley to Honor Oak, starting with lock 11 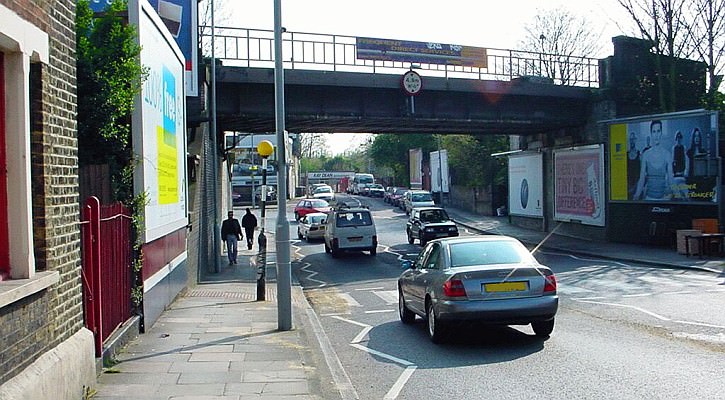