The noted covered wharf at Brimsdown – the only example left in London on a through waterway.

The Lee Navigation (actually as the Enfield Mill Stream/Turkey Brook) gently winds a bit for a change. 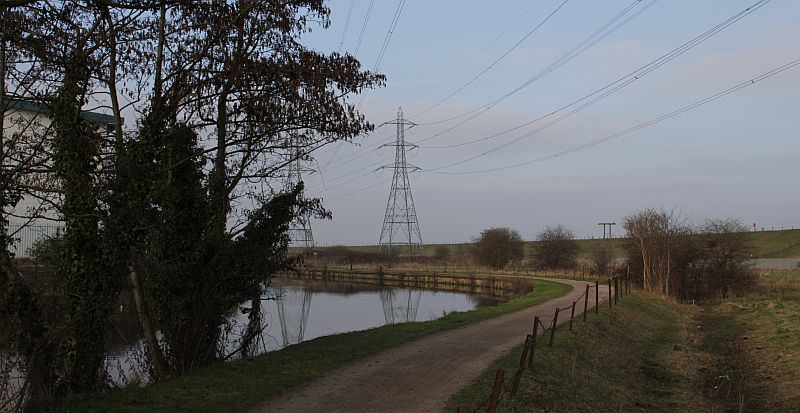 Its difficult to avoid the industry along the entire length from Ponders End to Enfield – unless one hides the factories behind trees!
The winding course that is the Turkey Brook is mistaken by many as being that of the River Lea itself. The river itself actually passed through Sewardstone Marsh, about half a mile to the east. The picture shows Brimsdown. New development is cropping up along this section and there is an attempt to make the the waterway more inclusive. 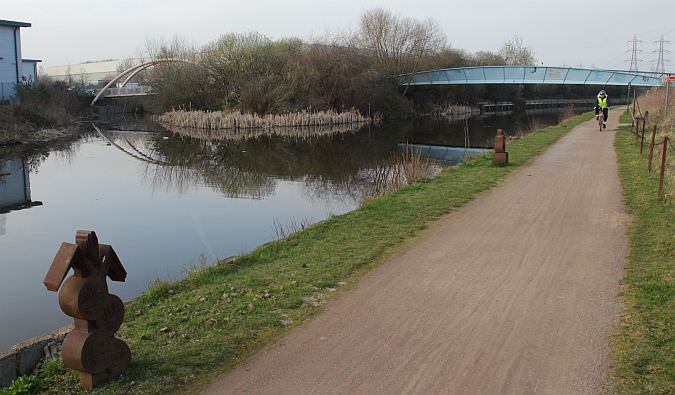 The Lee Navigation at the junction with Mossops Creek. Previously no bridges here but two have been built in recent years.
Mossops Creek was once a branch off the Lee Navigation that served industry nearer to the centre of Brimsdown. Its no longer navigable. A suspension footbridge that marks the start of the creek has been built, with a further one across the navigation. Initially it seems that this stretch of the navigation was to be given a country park make-over, and seats, sculptures, steps, ramps, view points were provided on both sides of the waterway. Sadly this has all now been barricaded and the bridges are out of bounds. 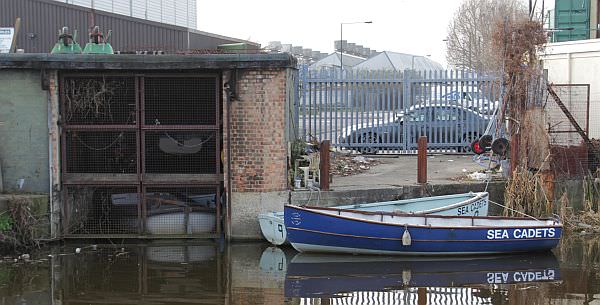 Rare sight on the navigation – a boat house near Enfield

The Lee Navigation (aka the Turkey Brook) in its quasi semi rural/industrialised state just to the south of Enfield. 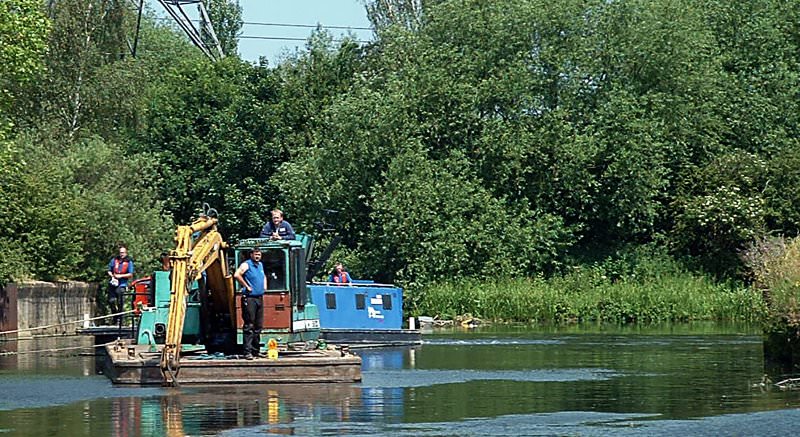 British Waterways (at rest) during dredging of the troublesome Turkey Brook confluence. Sometimes its not very deep here!
The confluence with the Turkey Brook is sited by Enfield Power Station (nowadays privatised as the Enfield Energy Centre Limited.) A wharf was sited on the brook itself – both bollards and mooring rings can still be seen.
At the point where the Turkey Brook joins it can be quite shallow because the brook often shifts silt across the navigation.

The navigation by Enfield Dock. The footbridge crosses the entrance to the old wharf (now known as the Swan and Pike pool.) 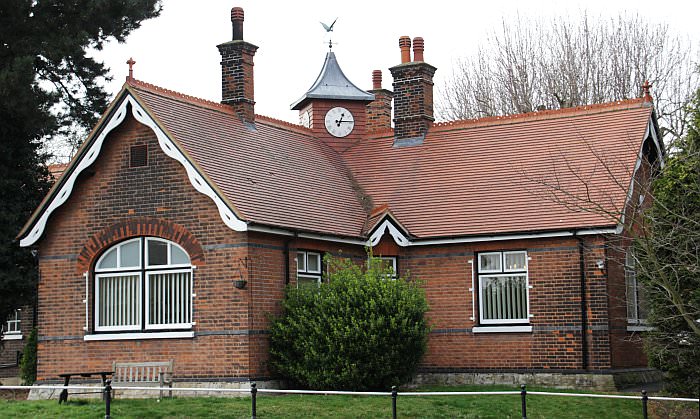 The smart navigations office building at Enfield once belonged to the Lee Conservancy.

The short term moorings by the entrance to Enfield Lock.

Enfield Lock and its two lock houses.
Enfield lock is without a doubt one of the deepest of all the Lee Navigation’s locks. It is the first of the smaller locks northwards to Hertford, which allowed barges of just 100 tons maximum.
The road across the tail of Enfield lock is Government Row and this leads to the Enfield Royal Ordnance factory. Several historic aspects of the old ordnance factory can be seen including its own canal basin. This once linked up with the Lee Navigation and was typical around Enfield and Waltham where many side cuts and locks served the ordnance industries. All these former links no longer exist and the Lee Navigation is nowadays found in a state of existentialist angst. 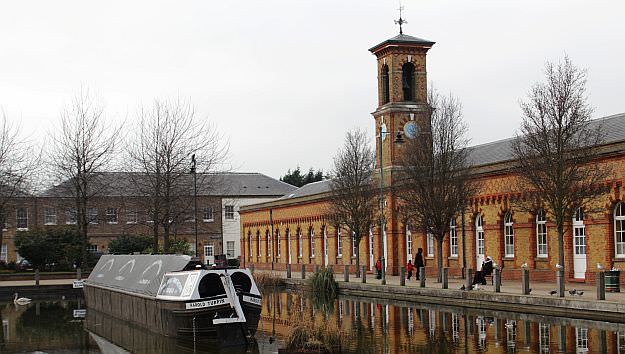 The old basin at the Enfield Ordnance Factory. The butty is (or was Fairview.) Name now changed to Harold Turpin. 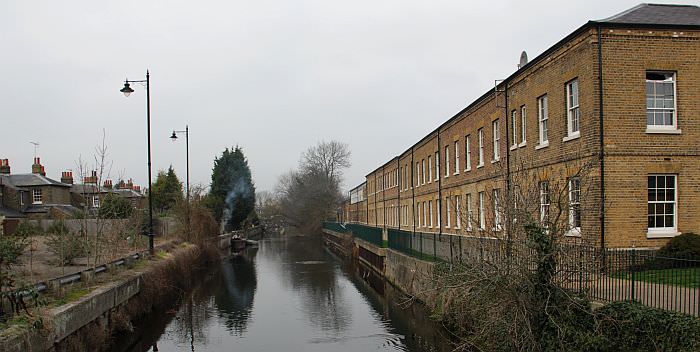 The unavigable River Lea at Enfield Ordnance Village. The Lee Navigation itself is just a short distance away.

Next: Rammey Marsh and Waltham Abbey