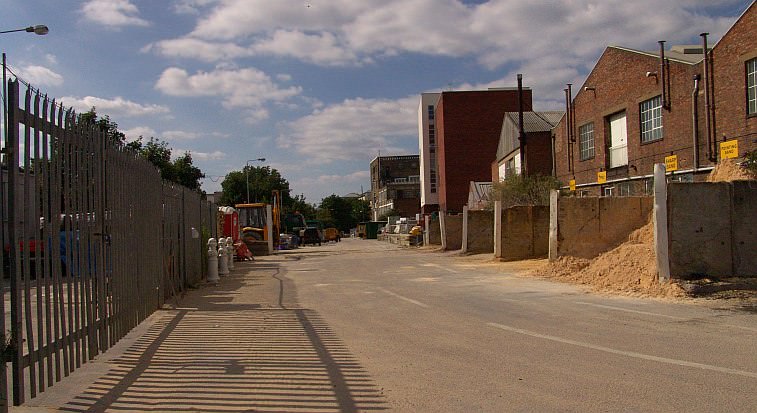 The council highways depot off Lots Road, built on the canal’s former alignment. The space between warehouses and railway (on far left) was the full width of the Kensington canal, around 100ft of it. However it was a tidal stretch and lots of mud was the rule rather than the exception. One of the major problems the canal faced was the amount of mud that found its way up the navigation, and no amount of dredging much improved the situation 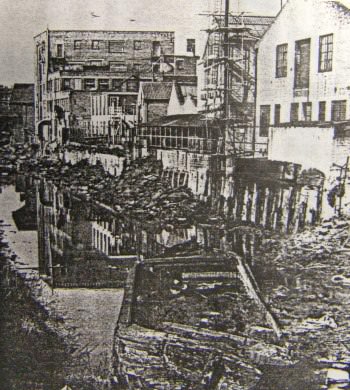 A rather poor picture, but it was felt important to include this from an article on the canal written in 1970 because almost every one of buildings in the present day photograph (apart from the modern red/white structure) can also be seen in this one. It shows just how much change has occured

Chelsea Creek (aka Counter’s Creek/Kensington Canal) below King’s Road in 1902, showing the waterway’s generous proportions.
Compare the above picture with the one below showing the signal box. Its clear how much the waterway has been narrowed in 70 years! 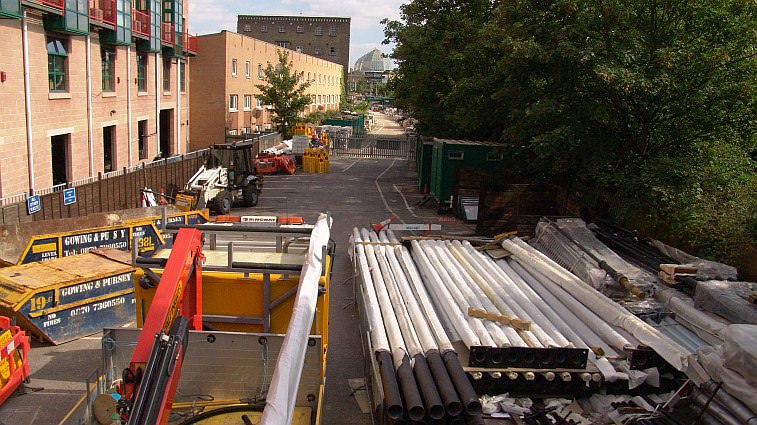 View of the council depot from Kings Road bridge, with part of Chelsea Harbour visible in the distance. A-Z street maps covering London featured this section as a stretch of waterway until at least 2000. A signal box stood where the trees are on the right. The signalman must have been tempted to do a bit of fishing at quiet periods for the fish in the canal was said to be excellent 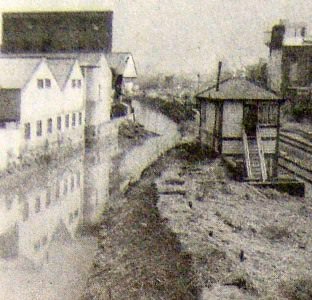 Another poor image but at least it shows the canal and signal box. By this time no barges were using the top half of the canal. The square topped building can be seen in both old and modern views. The ‘canal’ itself was now no more than a mere creek and it would not be much longer before this was filled in. 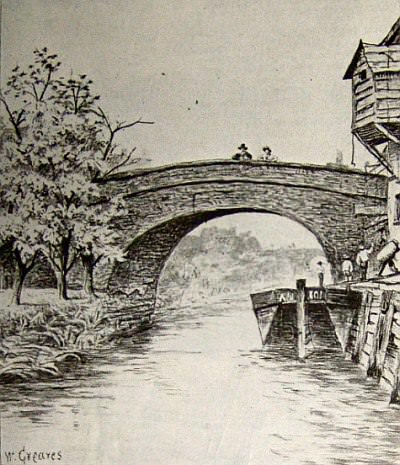 This view of Stanley bridge (Kings Road) by William Greaves shows the canal and a barge at the wharf which stood here. In the distance the original Stamford bridge can be seen. *Acknowledgements to Kensington & Chelsea Libraries Local Studies Centre for allowing London Canals permission to use this* 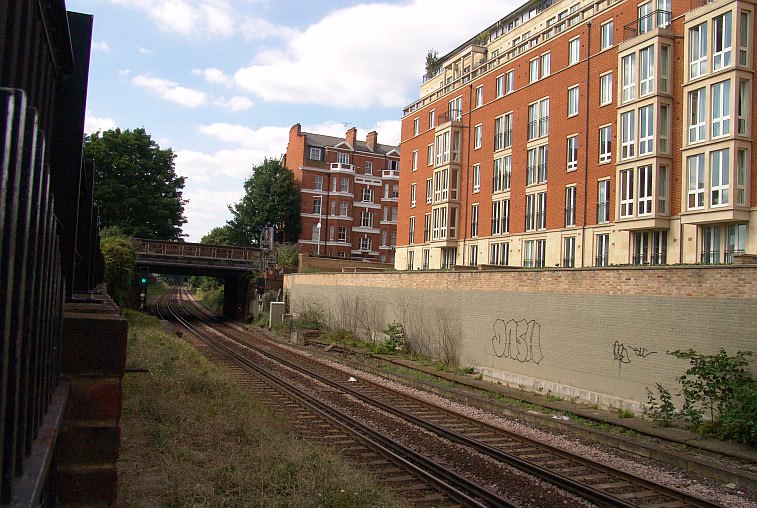 One would think that London Canals is about to become a rail enthusiast’s website! Virtually every picture from now is rail related. We do like railways, tramways, mountain railways, cable cars, funiculars, minature and narrow gauge railways, tube lines, steam locomotives, and a good bit of clag! However let’s keep to the theme of canals from, erm, a railway point of view…. This is a view of the West London line just south of Fulham Road, and this picture shows the track bed as being reasonbly level, thanks to the canal that once stood here. The bridge carries Fulham Road and just to the west is the Chelsea FC ground, known as Stamford Bridge, which was the name the canal bridge was known by 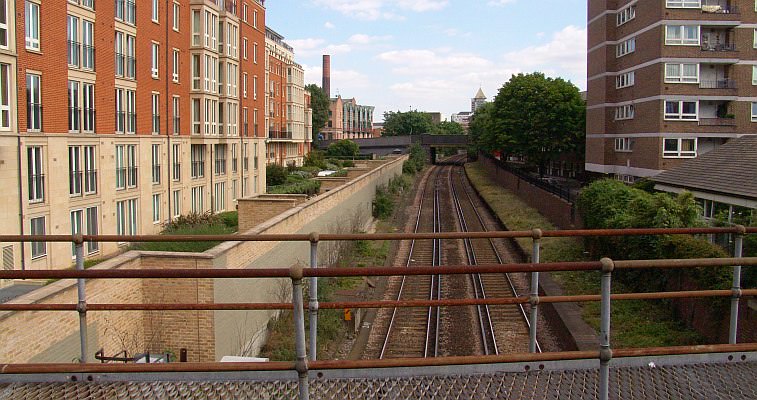 A view looking south from Fulham Road towards Kings Road and Chelsea Harbour (the pointy top building in the distance.) The old Fulham Station platforms can be seen 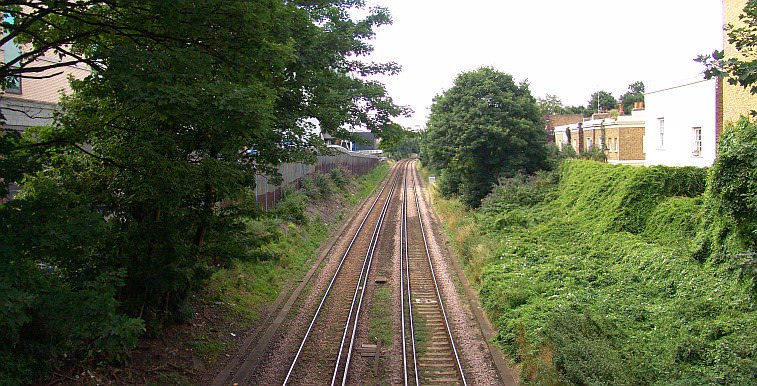 View of the West London railway looking north from Fulham Road. Much of the line northwards is bounded by the high walls of Brompton Cemetery so its difficult to see anything further along here.The next place of interest is West Brompton station 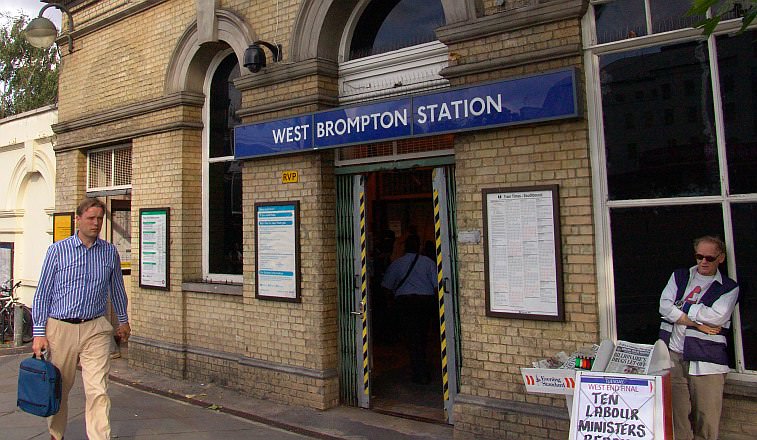 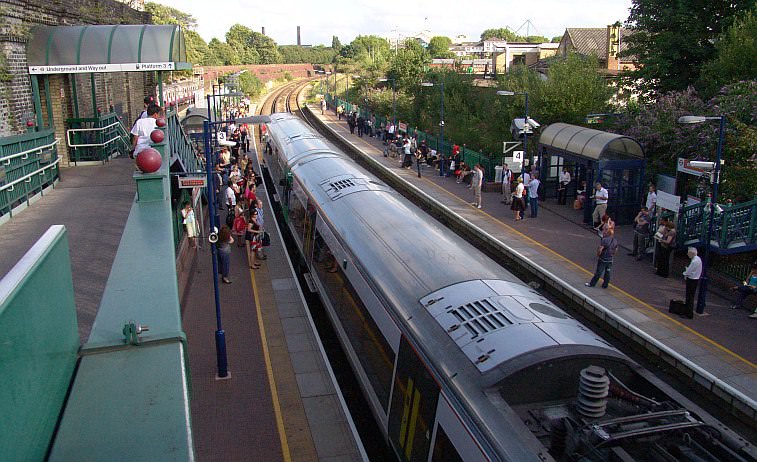 A Southern dual voltage Electrostar unit at West Brompton en route for Clapham Junction, having arrived from Watford Junction. For a couple of years the service ran as far as Rugby, but light loadings saw it terminate at Watford, before being re-introduced as far as Milton Keynes. This view looking south shows the graceful curve that the Kensington canal must have made at this point (see watercolour below.) The walls of Brompton Cemetery and the chimneys of Lots Road power station can be seen in the distance 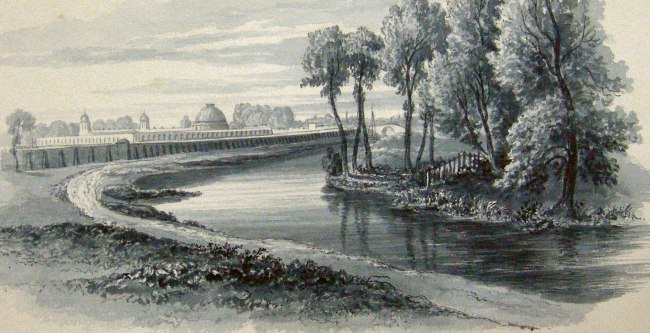 This charming watercolour by William Cowen shows the canal from the same view point as the one above, possibly in the 1850’s. The Brompton Cemetery wall is in the same location in both views. If one looks carefully Fulham Bridge and a sailing barge can be seen in the distance. *Acknowledgements to Kensington & Chelsea Libraries Local Studies Centre for allowing London Canals permission to use this* 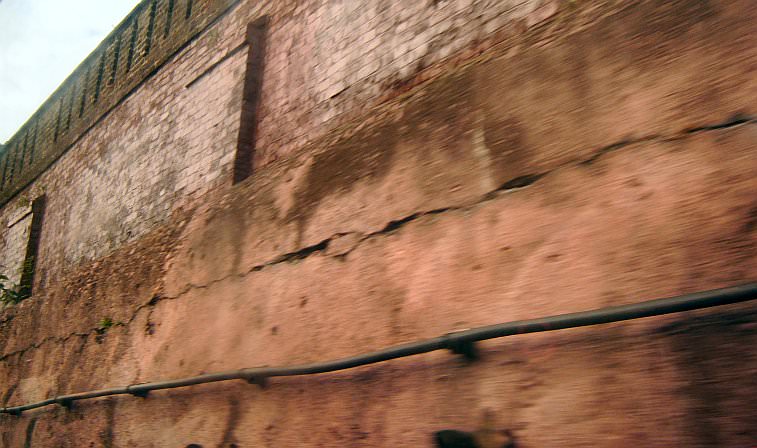 View of the Brompton cemetery wall from a Wimbledon train. Its clear how much the railway drops below the former level of the canal.

In London’s Lost Rivers by Paul Talling, it is said a bridge from canal days still exists at West Brompton. It’s actually a railway structure.
A close examination of maps will show no bridge stood at the location in question on the London’s Lost Rivers page. This location was actually the site of Lille Bridge basin, so no bridge could have stood in the middle of a basin! The structure in question is clearly part of the West London Railway for it is actually shown on maps made shortly after the railway was built. What the structure was used for is not known at present.
There have also been suggestions the stone arched bridge on the extreme west side of the railway alignment through Brompton Road was that of the canal. It was actually a railway bridge, and quite a grand one too. 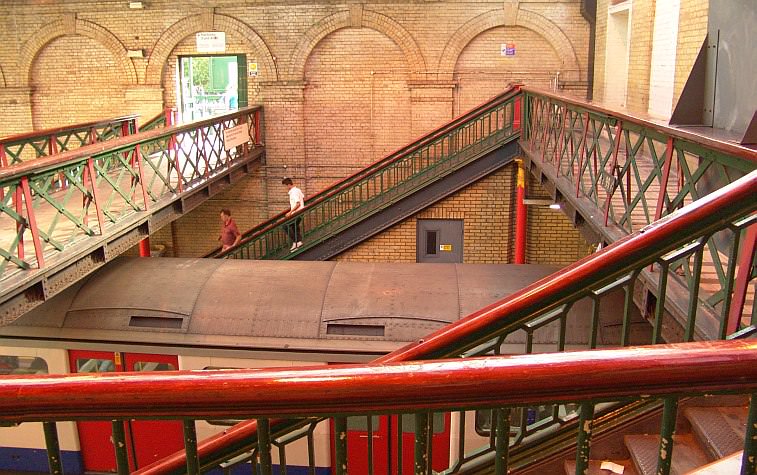 This is West Brompton District line station. Although not actually on the alignment of the Kensington canal, this shot is included because of the rare twin footbridge layout.
The Kensington Canal Part Three