A short-cut from the Regent’s to the Lea/Lee 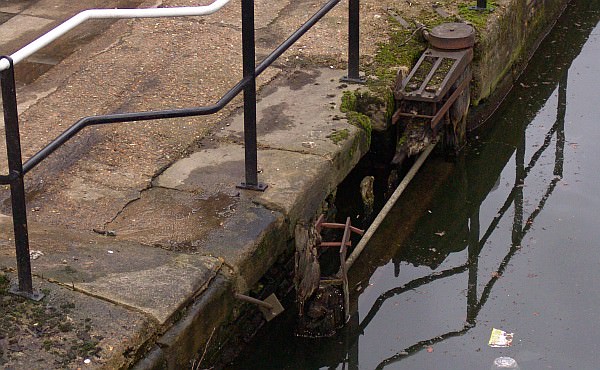 Derelict stop gates on the Hertford Union canal
Despite its usefulness as a short cut between two major waterways, the Hertford Union’s commercial success was not insured. As early as 1831 in a struggle to keep things moving, toll-free passage was offered. From the late 1840’s to mid 1850’s it lay derelict, having been stanked off to prevent water loss from the Regents. Attempts to sell it off were made in 1851. On 28th October 1857 the Hertford Union became part of the Regents Canal system.
The Hertford Union did not receive pairs of locks as the rest of the Regents Canal system because lower traffic levels did not warrant this.
Other changes to the Hertford Union saw its fall reduced when changes on the nearby Lee Navigation neccesitated an alteration to the bottom lock, providing a shallow fall instead of the previously deeper fall. This change in fact saved an extra lock for traffic going up the Lee Navigation
The Hertford Union runs alongside the south east side of Victoria park for most of its length as far as the middle lock. Despite the proximity of large residential estates and tower blocks in the Old Ford area, the top of the lock flight can be said to be the most attractive in the whole of the London Region. There is a garden centre adjacent to the middle lock.

Looking from Old Ford junction towards Grove Road. The first bridge over the Hertford Union is actually number 54a of the Regents Canal. 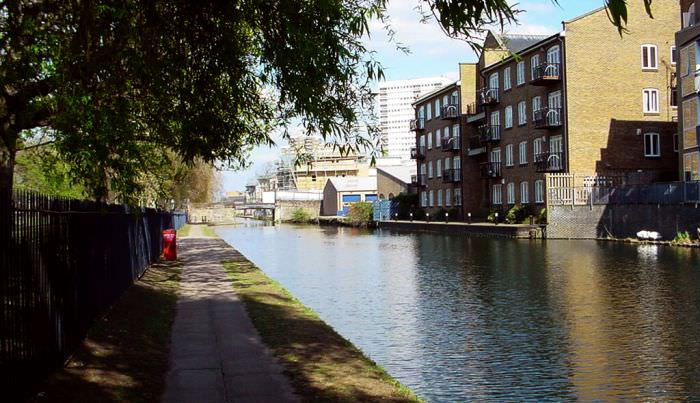 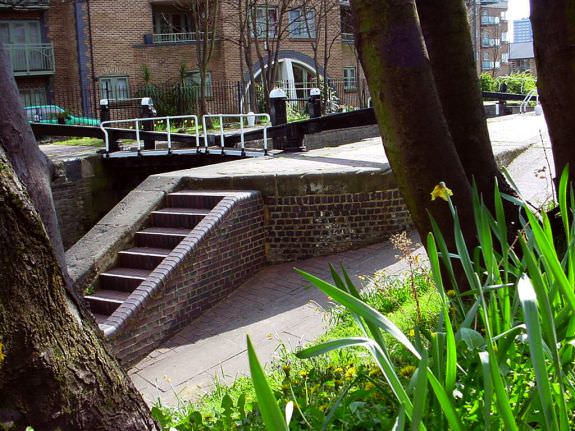 A pleasing view of the top lock 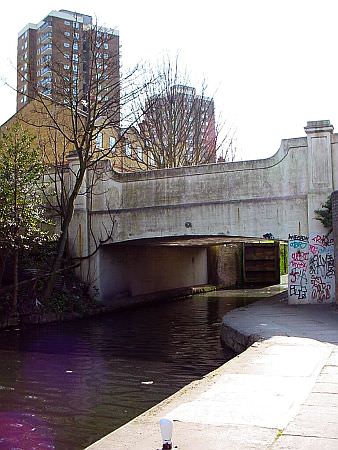 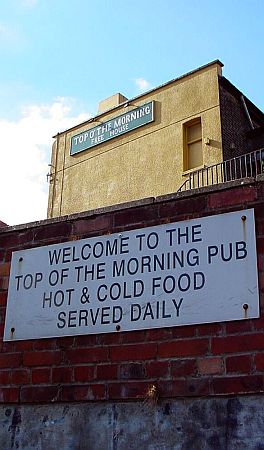 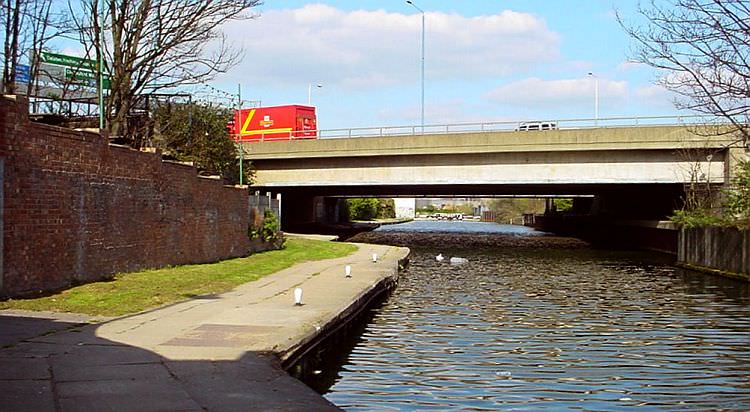 Views around the bottom lock. Scene now changed quite a lot with the 2012 Olympics. 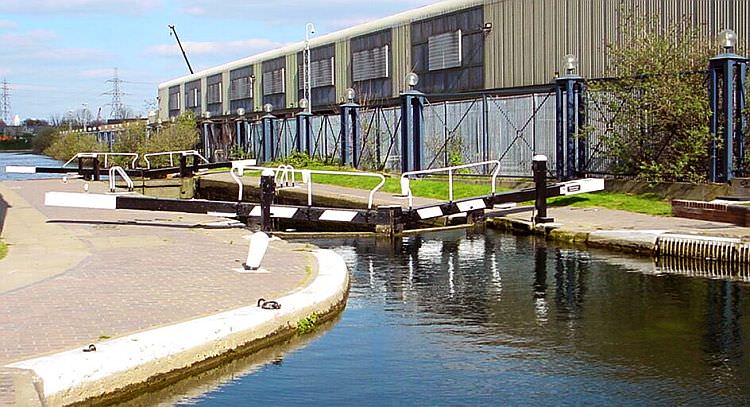 Looking across the Lee Navigation to Hertford Union Junction with the new development that towers over the area
This part of the ‘River Lee’ (as many like to call it) is actually one of its many artificial cuts, this section being known as the Hackney Cut which avoided a sinuous section of the river. The cut is NOT part of the River Lee or River Lea at all.
The Hertford Union Canal, from its bottom lock to the junction, and the Hackney Cut itself, were at a lower level until the 1870’s when changes saw the water levels altered to improve navigation. The works saw Hackney, or Brick Lock, on the Lee navigation about half a mile upstream, removed and levels altered accordingly, with Old Ford Locks now providing the total lift, enabling the creation of a very long pound as far north as Tottenham Locks.

A view of the junction northwards to Carpenters Road bridge