The streets of Hayes #1

This section is entirely on street walking and very little is to be seen of the former feeder. However its route can be traced all the way to the Grand Union Canal at Hayes Gate, near Southall. Some will know the location as being sited a short distance north of Hayes Bridge. Despite not being able to closely follow the alignment through the various housing areas, it is possible to see the route in its entirety by using Google’s aerial pictures. 95% of the feeder route has been obliterated, but there are a couple of surprises, and there was once an aqueduct as the feeder neared the Grand Union canal 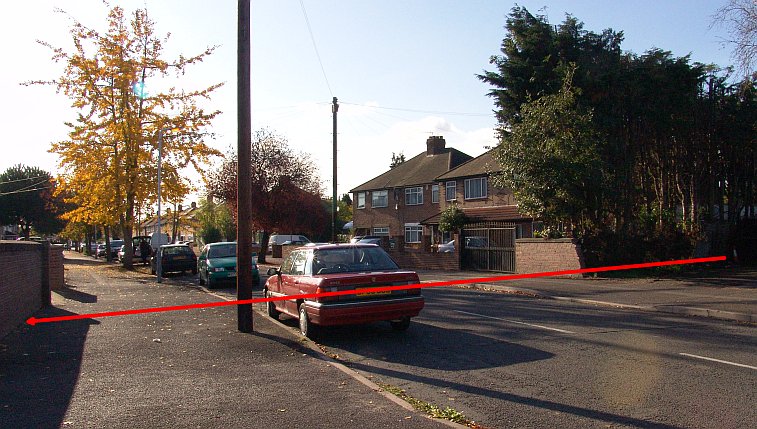 At the eastern end of Marvell Avenue turn left into Shakespeare Avenue. As one progresses towards the junction with Findhorn Avenue, a line of tall poplars will be seen on the west side. These poplars once lined the feeder’s route and the brick wall at this location, and on the other side of the road, are the wings of the bridge that once stood here, even though they now serve as boundary walls to the adjacent properties. In this view looking south, the red line and arrow indicates the direction of flow from Ruislip to the Grand Union Canal 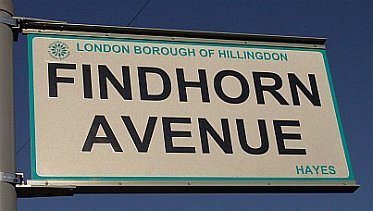 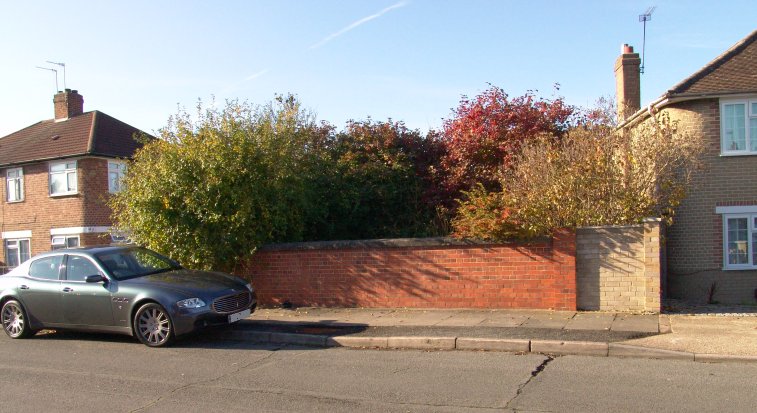 Turn right into Findhorn Avenue, and almost immediately turn right into Raleigh Avenue. Look along the avenue and about 25 yards from the junction a small but distinct rise in the road can be seen. This is where Raleigh Avenue crossed the feeder’s route, and although there is no bridge here now, the wing walls of the former bridge can be seen, as shown above. The slight rise in the road can just be discerned. One will notice that these walls are similar to the ones in Shakespeare Avenue. In many ways the setting is a reminder of the New River as it traverses the ‘Harringay Ladder’ in North London 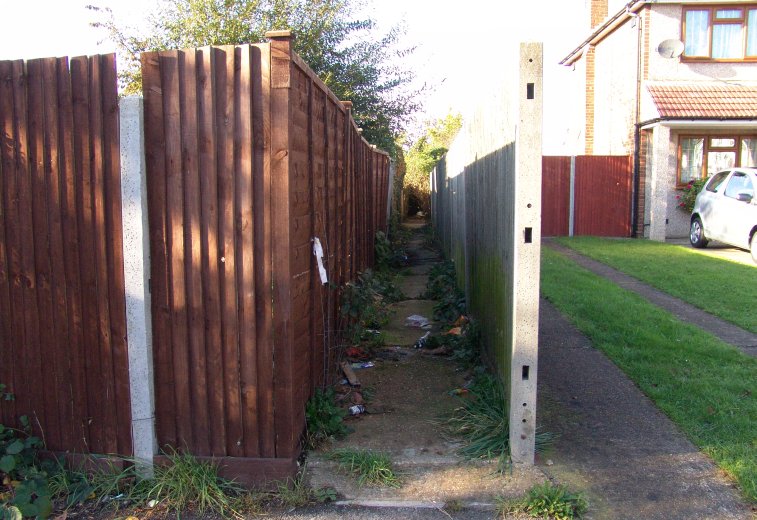 From Raleigh Avenue, return to Findhorn Avenue and walk east to Lothian Avenue. Turn right and follow the road round towards Yeading Lane. On the south side there is a back entrance to Bedford Avenue. If one looks to the side a passage leading nowhere will be seen, it used to serve the back of properties in Selan Gardens. It was once a path along the feeder itself and for some reason the council seems to have ensured that some sort of prosperity is retained! 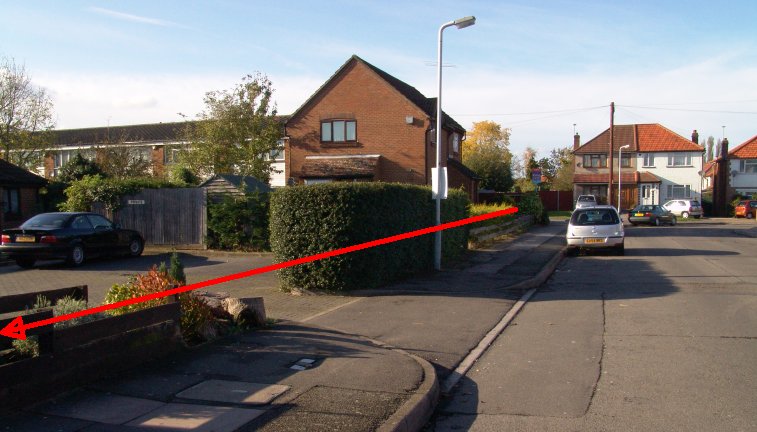 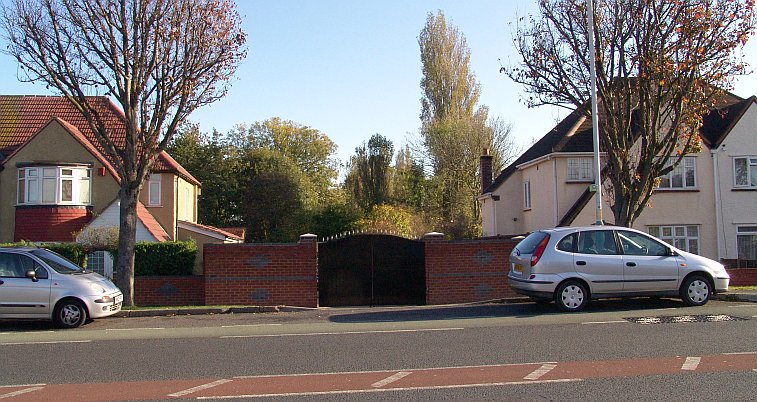 Looking in the other direction from Lothian Avenue straight across busy Yeading Lane, this pair of gates (that leads to a parking area and garage for the adjacent houses) might seem innocous but they actually sit bang on the line of the canal feeder. Just beyond these gates the feeder ran along the north side of Shaftesbury Waye 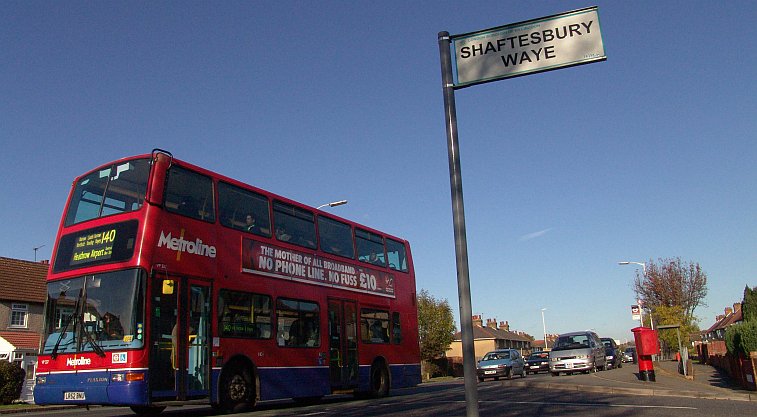 This view of a 140 from Harrow Weald bus garage on a working to Heathrow Airport evokes memories of the RT’s that were a feature of this particular route right to the end of the 1970’s. The road sign for Shaftesbury Waye can be seen, and immediately behind the bus is the entrance to Lothian Avenue. One has to cross Yeading Lane and walk east along Shafetesbury Waye to beyond the junction with Wimborne Avenue for the next traceable bit of the canal feeder 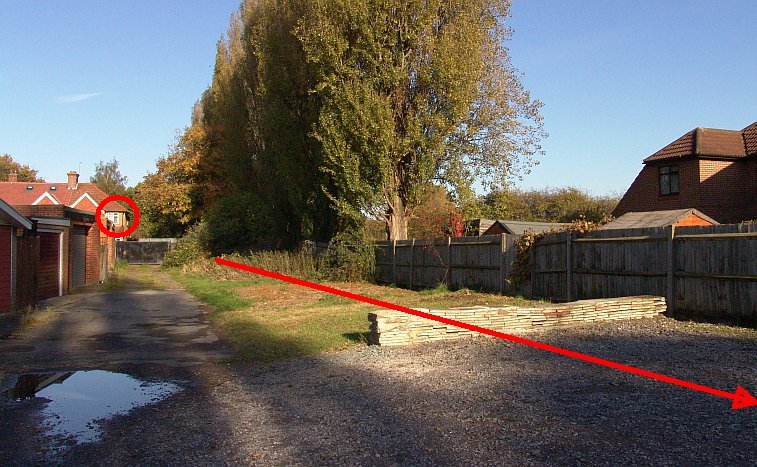 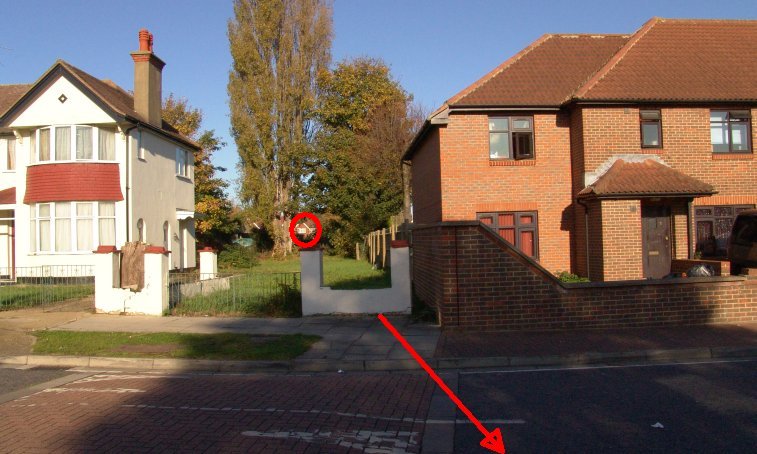 This view looking north at Lulworth Waye, between Wimborne Avenue and Shaftesbury Waye, shows the feeder’s alignment as it passed through here. As usual a line of tall trees are the only clue left. This view is actually a continuation of the previous one, and the same house (circled in red) on the north side of Shaftesbury Waye can just be seen in both pictures 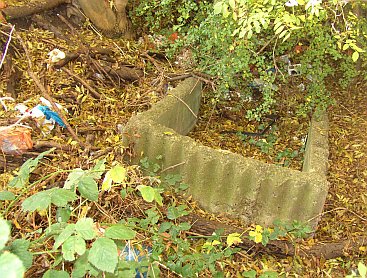 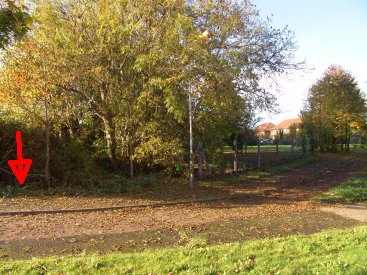 There is just one more bit of the feeder that remains and its a short length just off the east end of Dorchester Waye where it meets the A312 road to Heathrow. Its very difficult to see but if one can look carefully through the wire mesh the remains of the entrance to a culvert and a short stretch of the feeder can be seen as shown above. There’s a concrete channel leading to the Yeading Brook just a few yards away and this helps to identify this location. The feeder used to run along the entire remaining length of Dorchester Waye, but that road has now been split in two by the A312. The red arrow indicates the site of the feeder
To gain access to the remainder of the feeder route to Hayes Gate, no more than half a mile away at this point, one must take a detour via Cranborne Waye, then via the A4020 London-Uxbridge trunk road across the Ossie Garvin roundabout (the Hayes By-Pass) and up Quebec Road as far as the truncated eastern portion of Dorchester Waye for the final section.

Next: To the Grand Union Canal 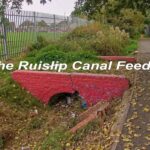