A waterway that took 65 years to plan & construct – and unfinished!

The first plans for a canal to Romford were seen in 1809 and 1812 when Ralph Walker introduced proposals using a route from Rainham Creek with a length of 4 three quarters mile and six locks. An examination of the proposals in 1818 commented that the scheme would never work. Further plans were drawn up in 1824 for a £60,000 canal up the Beam valley, with six locks
One of the issues facing the proposals was local opposition. Objectors cited the “unsatsifactory results of such canals as the Croydon, the Basingstoke, the Kennet and Avon, and the Salisbury…” which were all similar in context to the Romford canal. The objectors’ main concern was that the Romford canal would be a complete failure. It is therefore surprising that the canal was allowed to be built so many years later
Nothing else seems to have happend for the next 51 years, which is a very long time in terms of planning a canal – surpassing that of the Hereford & Gloucester! One would have thought that any hopes for the canal had been completely forgotten when the railways gained a strong foothold in the area. Yet the impossible happened – in 1875 an act was passed and it enabled construction work on the canal to begin. So here starts the Romford canal’s tenacious claim to existence….

Fox seen on the bed of the Romford Canal
Much work was done on the middle/lower Beam Valley section, including a bridge and one lock complete with gates. At the upper end of the valley nearer Romford, a tunnel and short section of canal was built under the London Tilbury and Southend railway line. Here was a canal company building a brand new waterway under a railway that had been opened 20 years earlier! Such an event is unheard of in the UK. The Eastern Counties Railway – had reached Romford back in 1839, hence it must have taken some confidence to build a canal in an area already being served by two major railway routes.
Part of the canal had been used for WW2 defence, and infilled soon after the war finished. It is not known how far south the canal extended towards the Thames but the discovery of a section of canal at Dagenham New Road in 1972 indicated its construction had been more extensive than previously thought, whilst maps of the 1930’s appear to indicate what can only be the canal extending more than half way to the Thames, and which has now disappeared under the Ford’s Works complex
The area around Dagenham and the lower Beam Valley to the south of New Road, was splendidly served by rail serving the major industries including the vast Ford Motor Works complex. Even if the Romford Canal had been completed it would have never survived competition with the railways. A brief mention must be made also of the CTRL which was opened in 2007 and was built for high speed trains from France to Stratford and St Pancras
This guide to the remains of the Romford Canal doesnt cover the entire route between the Thames and Romford. The section of River Beam to the Thames is mostly on private land belonging to Ford’s Works, and since there is nothing of any significance on this section in relation to the Romford Canal, the feature begins to the south of Dagenham New Road by the London Tilbury and Southend Grays Loop line bridge over the River Beam 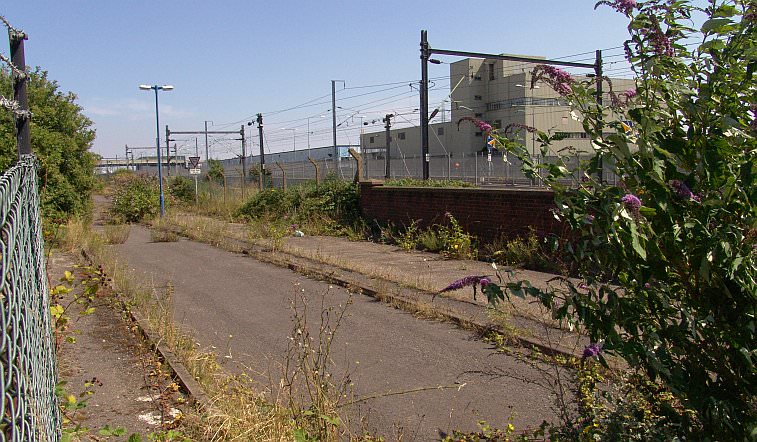 The London Tilbury Southend line crossing over the Beam River. This private road, now obviously disused, was once one of many that served the Fords Main Works

Looking northwards from the railway line. On the right is the Beam River and on the left is Thames Avenue which connects Ford’s Works to the former A13 (now A1306) Road at Dagenham New Road. At one time this view would have seen the canal where the road now is. Much of Thames Avenue is actually built on the canal alignment 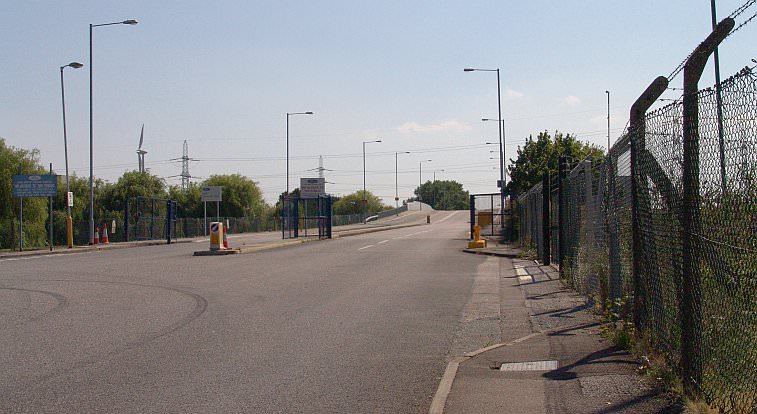 Thames Avenue looking south towards the Thames. The Romford Canal existed along this alignment until at least WW2.On the right is the entrance to Sierra Drive, another of the private roads typical of this area. Many will notice the name is linked to one of Ford’s previous makes of car! 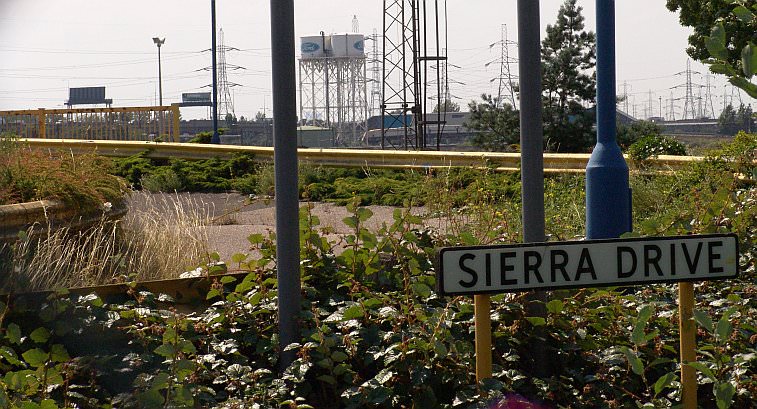 Sierra Drive, now disused. We see many disused canals, but disused roads are a rarity! Behind is part of the Ford Dagenham Works complex 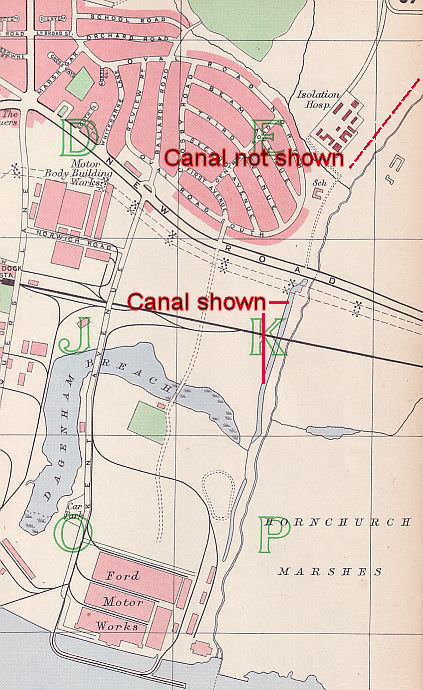 This map from 1940 (in author’s collection) shows the Ford Motor Works and the lie of the land between the Thames and Rainham Road. There is a linear stretch of water consistent with the Romford Canal’s alignment between New Road and Ford’s Motor Works. Despite the canal’s existence on the north side of New Road, it is not shown at all on this map, so here we have a situation where one section of canal is shown (indicated by solid red pointers and since obliterated) and another section not even shown (dotted red line and which still exists).

Next: Towards Beam Bridge

3 thoughts on “The Romford Canal” 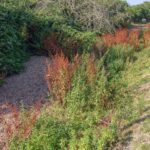