This navigation is still in use – sort of. From its confluence at the Thames it is known as Barking Creek, a winding, tidal waterway. Once it reaches Barking it is generally known as the River Roding. Today it is useable as far as Barking High Bridge Road, or somewhat further north with great care on higher tides.
Water levels were maintained at higher levels when it was maintained as a proper navigation. Tidal gates (known as the Six Gates) were sited by High Bridge Road and a tumbling bay where the Back River split off from the main waterway kept water at a level best suited to navigation.
The stretch from a point above the Fenchurch Street and District Lines crossing northwards is now at best for the use of canoes. Althought it is said that narrowboats can reach Ilford, the river is quite hemmed in at that point and there is nowhere to turn. Clearly a difficulty for anything perhaps over 25 ft in length. 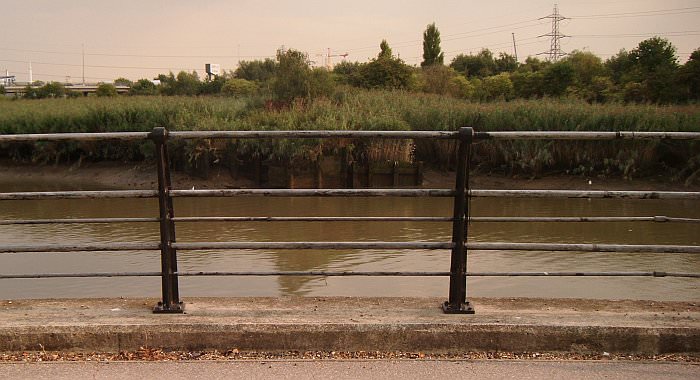 Looking along the alignment of the former bascule bridge towards Jenkins Lane in Beckton
The former tramway route was along Boundary Road. This road was once extended right up to the bascule bridge itself. The site is now part of the Spring Place development and the above view looks from the quayside belonging to that estate. 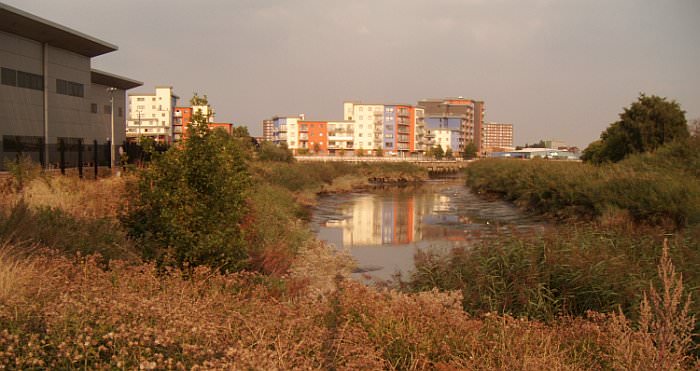 A view looking down Hand Trough Creek towards the River Roding 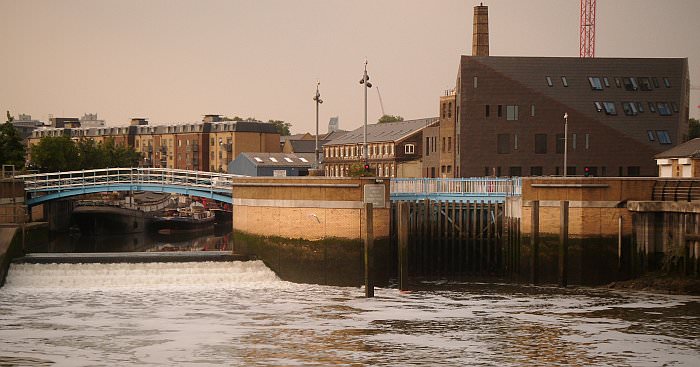 Barking Barrage – with the radial gates on right 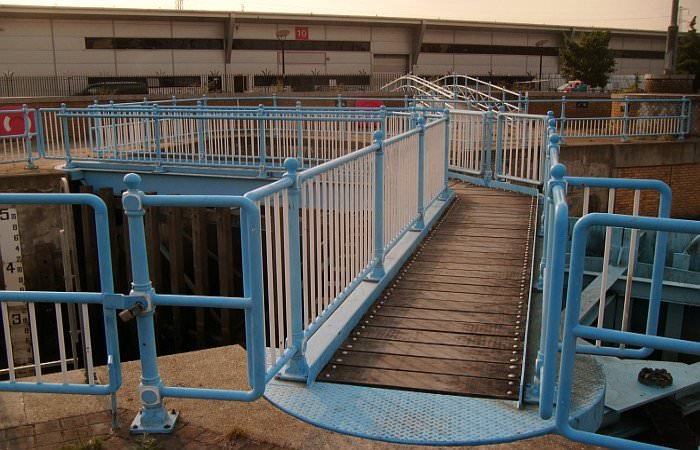 Close up of the gates and footbridge at Barking Barrage 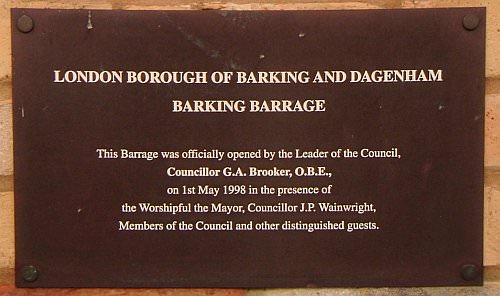 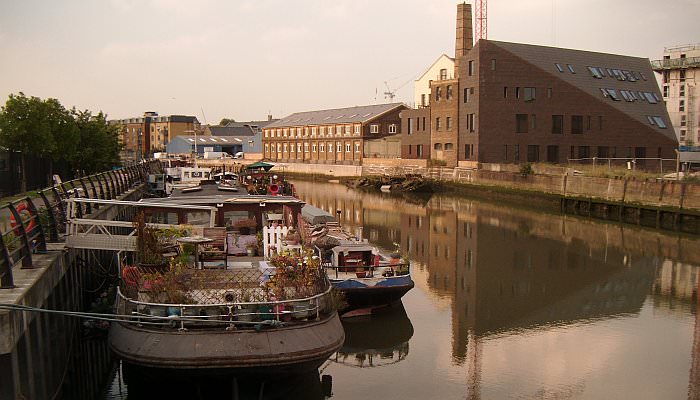 Above and below: Views north of the barrage looking along the boat moorings 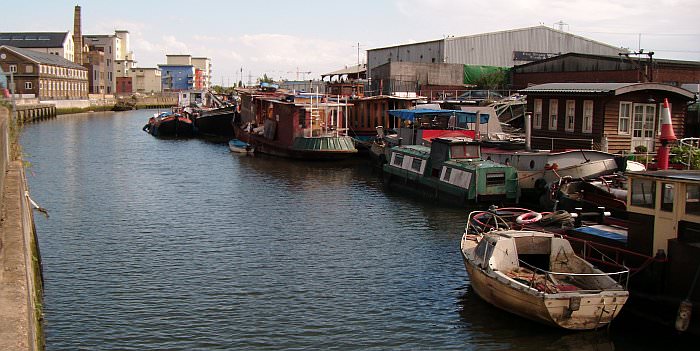 Barking High Bridge, where tidal gates once marked the official start to the Roding Navigation

The river from Barking to Ilford 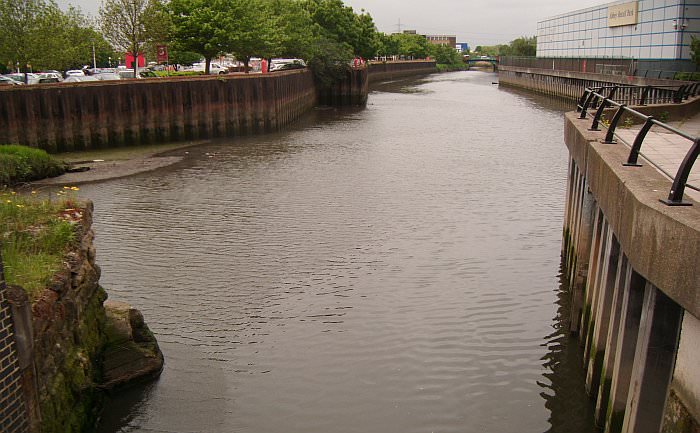 View of Roding from High Bridge to London Road bridge. There is no trace of the old tidal gates. 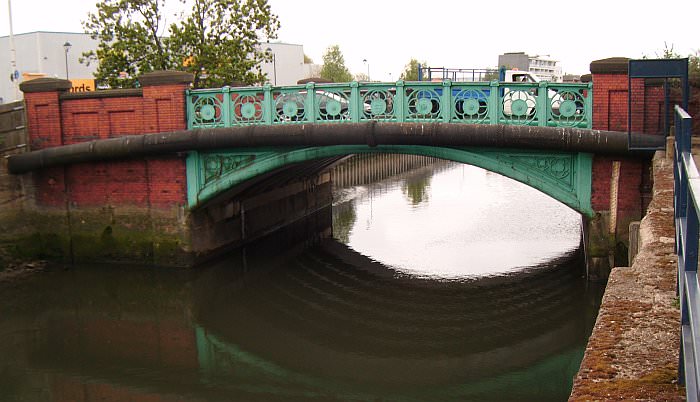 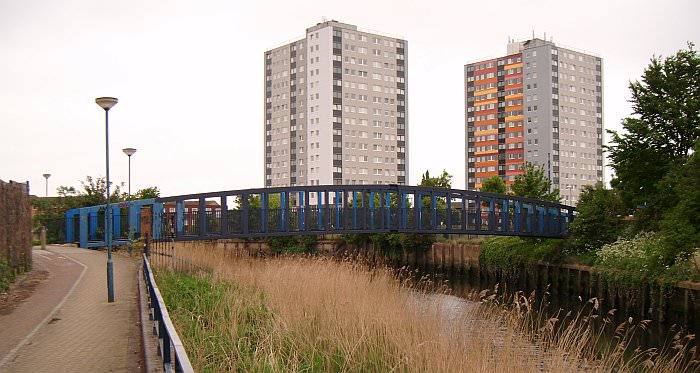 The river path is in good order as far as the new footbridge linking Harts lane and Hertford Road
Beyond here the path only reaches the railway bridges, and is often overgrown. Nevertheless a walk along here does show how the Roding sits high above the surrounding land, and one realises this land is indeed below normal high water levels. 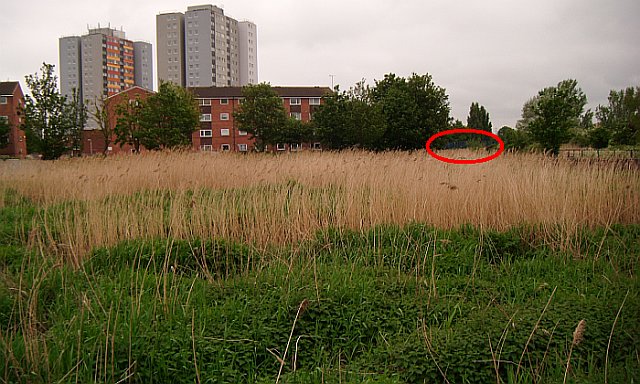 Site of former weir/tumbling bay area that led to the Back River. Footbridge marked by red circle
By walking up this path one can also view the former site of a huge tumbling bay that formed the overflow from the Roding Navigation. This huge bay is now marshy and unused, but here once begain the winding course of what was known as the Back River. This led southwards to Hand Trough Creek. The Back River’s course has been built upon and is now mostly roads and industrial units. 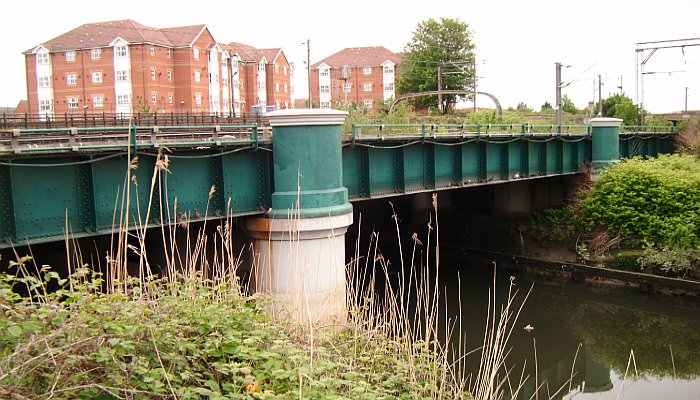 The railway bridges carrying the C2C and LUL lines
Just north of the tumbling bay area are the railway bridges. There is no foot passage beneath these, which means that alas a full river walk between Barking and Ilford is not possible. The Roding Valley walk itself goes via Hertford Road then over the A406 onto Watson Way and via the back streets of Upton Park and Little Ilford! 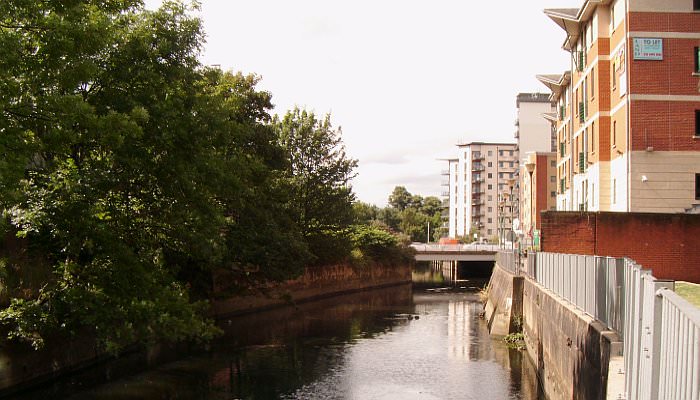 Ilford Bridge – much changed since the old 20th century bridge was demolished.
At Ilford Bridge, the river can be seen once again, and can be walked southwards in part on either side via local roads or paths. There is good access to the east side of the river via Lavender Place, off Ilford Lane. 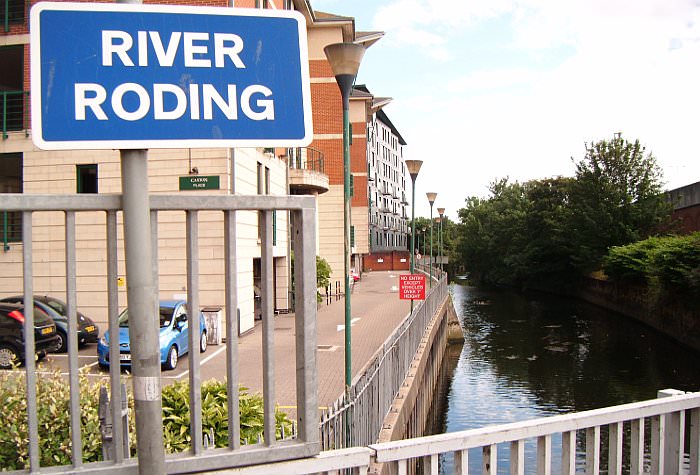 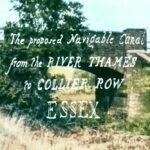