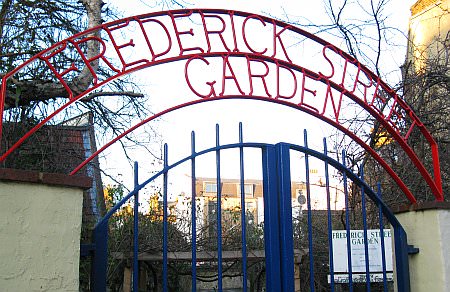 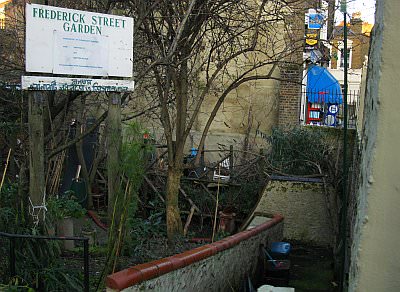 In nearby Frederick Street, just off Kings Cross Road, is this small community gardens set in a depression. Its pretty obvious this was once the bed of the river itself
The Fleet River now flows in its ‘sewer’ from Cubitt Street to Grays Inn Road, where it turns to cross over the underground railway line to Kings Cross. Originally it was to run parallel tothe railway but the potential for flooding saw the conduit or sewer altered to run under Grays Inn Road instead. The section along the railway was relegated to minor drainage purpose, and this connects with the main Fleet sewer via Frederick Street/Cubitt Streets. 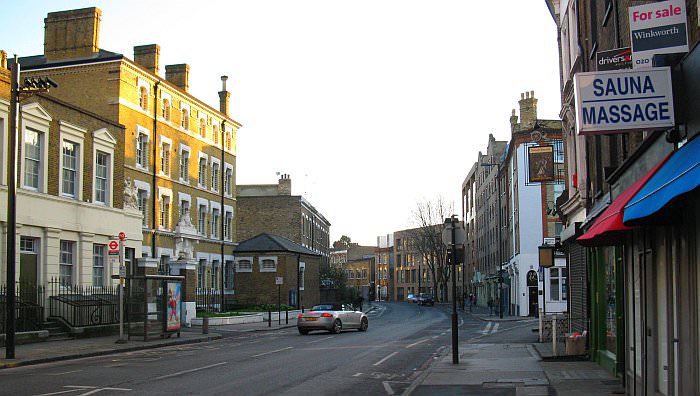 This is a view looking south along Kings cross Road towards the site of Bagnigge Wells. On the right is Frederick Street. Until the early 19th century the land to the right was open countryside with the Fleet running along the side of the road 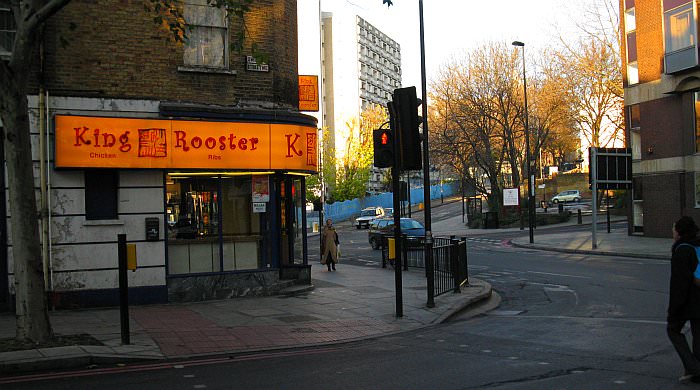 At the foot of Swinton Street many roads meet and four of these come down quite steep hills from the east side. It clearly shows the Fleet valley at this point was steeply sided and the reason why the Fleet changes direction at this point as it flows from Kings Cross towards the Thames. The pedestrian crossing, on which the woman walks, would have been the route of the Fleet itself 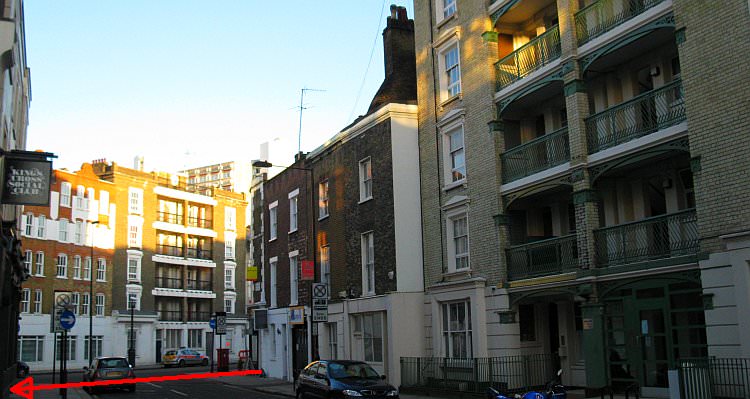 The countless number of times I stayed with friends at this block of flats (on the right)in Britannia Street over the course of several decades, and only recently found that the Fleet River had once flowed past this point! This is a view looking to the junction with Kings Cross road. The red line and arrow marks the position of the river as it heads towards Kings Cross
Several of the roads leading west off Kings Cross Road have an obvious dip in them, which indicates the site of the River Fleet. perhaps the best example is the one at Field Street 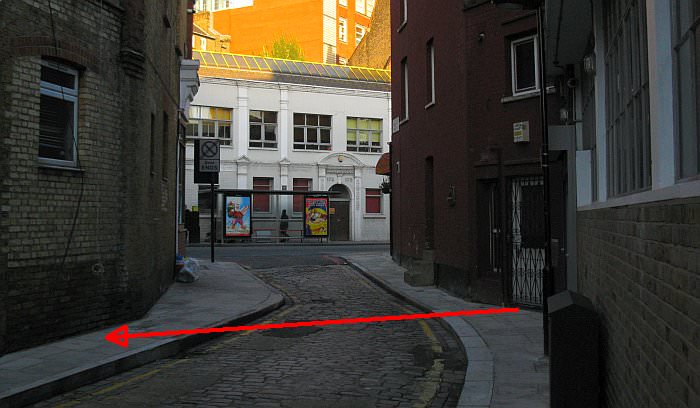 Field Street, with its obvious dip. Again red line and arrow shows the Fleet in the direction of Kings Cross 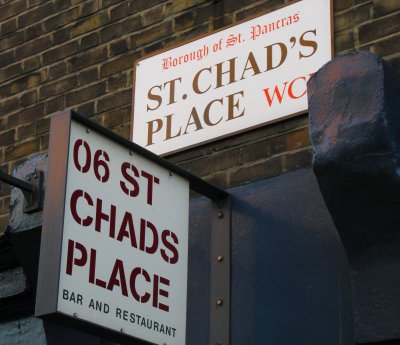 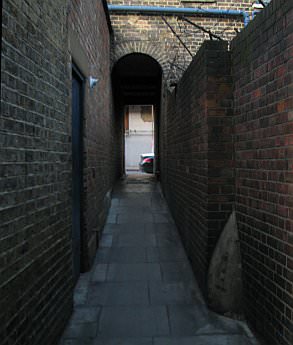 Past Field Street is a passageway that leads to St Chads Place. Its very obvious that it leads down to what was once the route of the Fleet River
St Chad’s Place is the site where St Chad’s Well once stood. It was one of three popular wells in the short quarter mile or so of what is now Kings Cross Road. 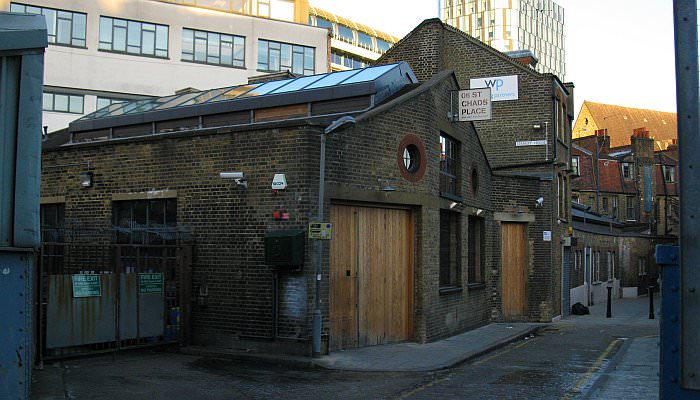 A view of 06 St Chad’s Place. The former St Chad’s Well was about here
The apex consisting of St Chads Place, Kings Cross and Pentonville Road, is Kings Cross’ nightlife and entertainment area. This view looks from the Metropolitan Railway bridge towards the alignment of the Fleet River, which ran about where 06 St Chad’s Place is sited. To the left was Battle Bridge, or what is now known as Kings Cross Bridge, which marks a former crossing over the river. Here at one time may have been a busy wharf or unloading place for it is popularly thought that this was the furthest boats could navigate up the Fleet from the Thames. Indeed an anchor was found in this location indicating that the Fleet may once have been a river carrying important commerce and trade to this part of London. 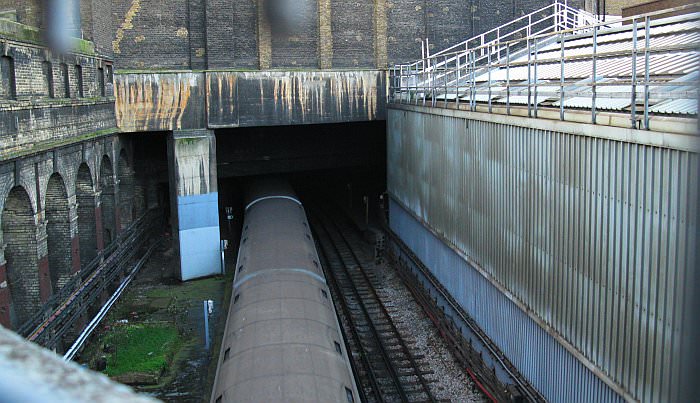 A view of the present day Kings Cross Bridge, with an Unxbridge bound train about to enter the tunnel that leads to Kings Cross tube station. On the right is the now disused Thameslink station. The platforms here (including the one seen on the left) once formed what was the original 1863 station on the world’s first underground railway between Paddington and Farringdon.