At one time the Fleet river gently meandered between Mount Pleasant and Baggnige Wells. However by 1830 its course had been straightened out and that alignment now forms a large part of the alignment of Phoenix Place and Pakenham Street, and it is this alignment along which the Fleet Sewer now runs.
There are clues as to the river’s existence if one looks eastwards from Grays Inn Road. Virutally all the roads off this major thoroughfare dip to the east, beyond which the land rises steeply to form the heights upon which Rosebery Avenue and Islington are built. The dip in the land marks approximately the former course of the Fleet River. In its final stages of existence along this section, it was a small river feature at the back of many houses, some with footbridges. The coming of the underground Metropolitan Railway finally put an end to the river’s overground existence. It was put in a culvert that runs parallel to the railway. During construction works in 1862 the Fleet burst and flooded the railway workings from Farringdon all the way to Kings Cross! 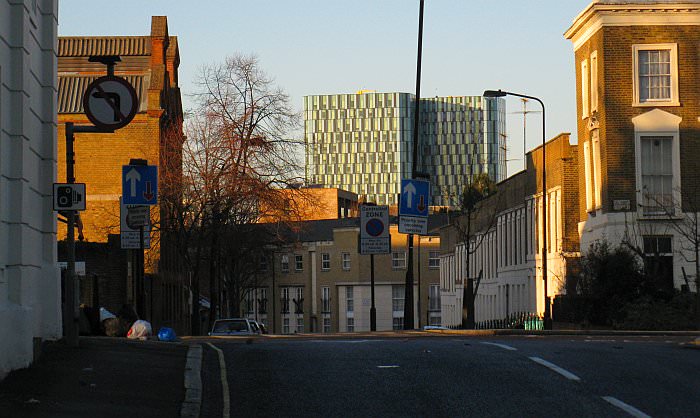 This is a view looking from Phoenix Place across Calthorpe Street towards Pakenham Street
The rise up to the higher Calthorpe Street and down to Pakenham Street is very obvious and shows us that the river once ran along this northbound axis. Calthorpe Street once bridged over the Fleet,and this explains why there is a difference in levels here. The twin office block in the distance is a well known landmark on Pentonville Road. 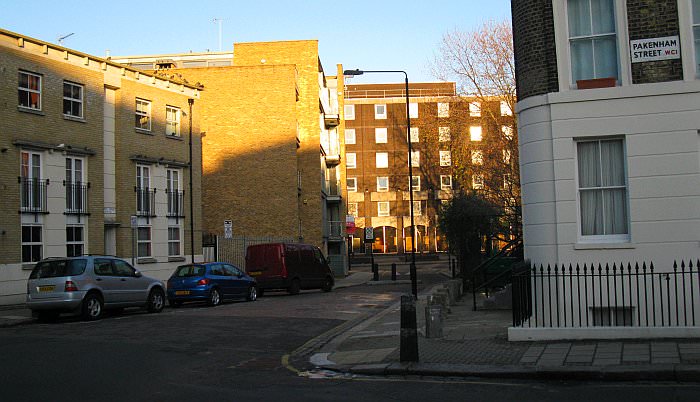 This is the junction of Pakenham Street and Cubitt Street. In the near distance is Kings Cross Road. The river ran diagonally across the picture about where the maroon van is sited. It still runs underneath here as the Fleet Sewer 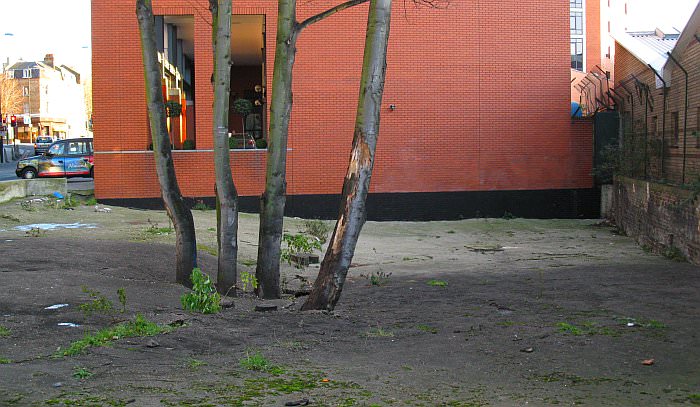 At the point where Cubitt Street meets Kings Cross Road (extreme right were taxi can be seen) is this depression at the side of the Holiday Inn. Clearly we are looking at the Fleet river’s former route in this part of the world 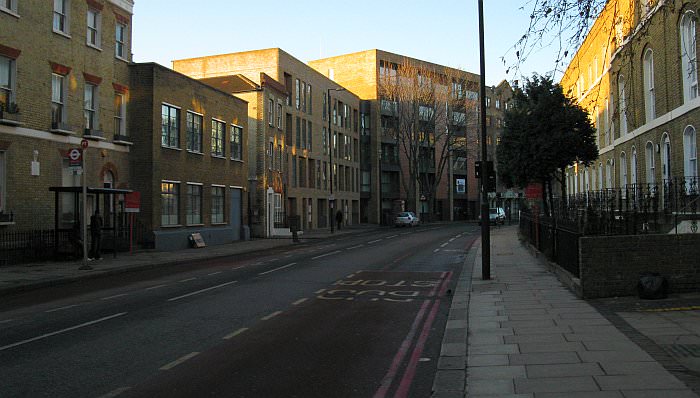 A view looking along Kings Cross Road. This was known originally as Black Mary’s Hole, and later as Park Crescent
About where the bus stop on the left is sited, was Bagnigge Wells, a celebrated Spa. London at one time had a number of these spas (another nearby one was at Sadlers Wells and there was another at Kilburn) which showed that the waters of London once flowed freely, cleanly – and seen as a source of health. 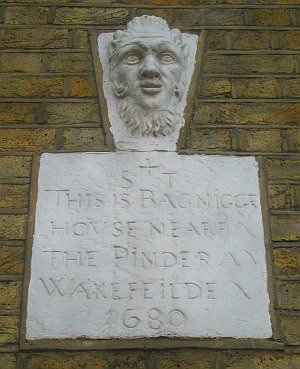 On the wall of the house behind the bus stop is this stone that appears to have come Nell Gwynne’s house at Bagnigge Wells. The houses along the entire west side of Kings Cross Road are all built on the site of the River Fleet
To see what the Fleet is like these days at Bagnigge Wells, here’s a great picture!