The Bird in Hand must be the only remaining hostelry in London that no longer has a canal whose boatmen it could serve! 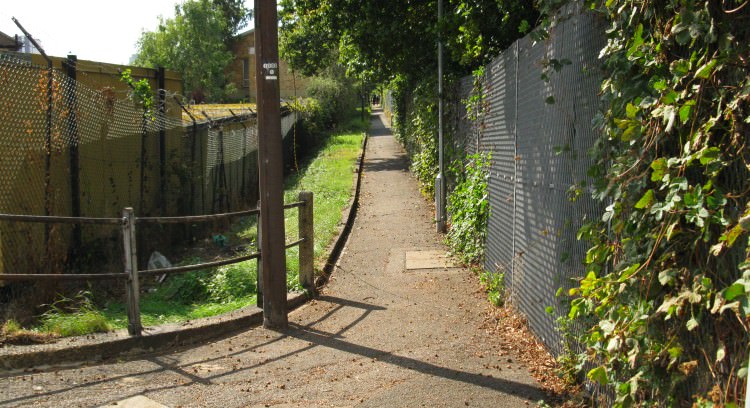 This is the footpath that parallels the railway towards West Croydon. It must owe its origins to the canal which once ran along here. It is possible that the towpath afforded a popular route in this area and the railway may have been obliged to provide a suitable replacement between Gloucester Road bridge and Spurgeons bridge. At this point, the Croydon canal was on a low embankment as it crossed this particular area, known as Croydon Common. Traces of the embankment still exist, which was built because the canal was legally bound to cross the common in a way so as not to be injurious to any water sources that may arise on the common 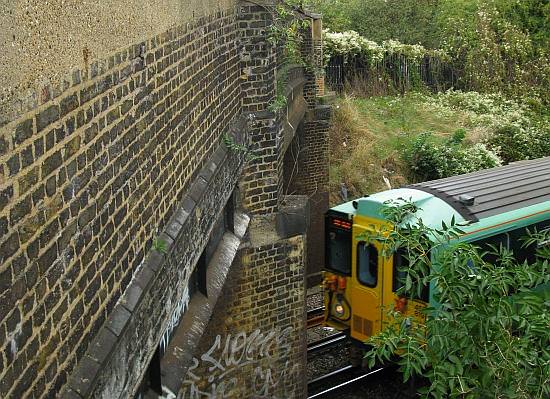 A West Croydon bound EMU by Sydenham Road bridge. There is absolutely no trace of the canal crossing at all. The Bird in Hand is just a few yards away 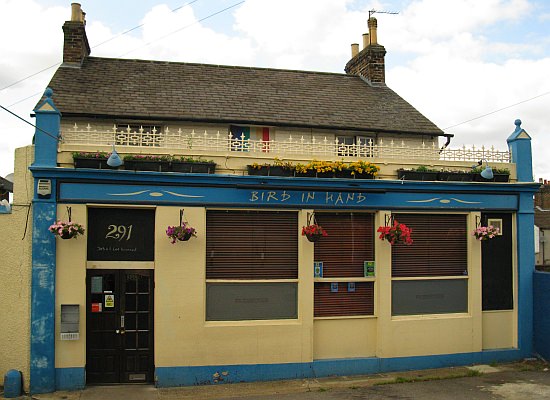 This pub was formerly the Bird of Pride, but has reverted to its former name. It was built in 1825 and so must have served the waterway folk when the canal was in operation 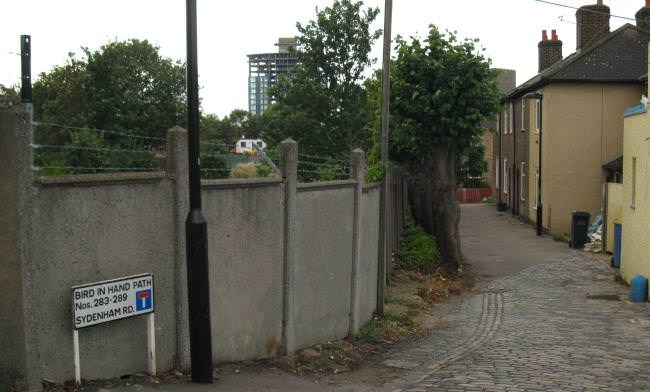 Just about where Tavistock Road is, these piles of redundant rails mark roughly the site where there was a wharf known as Smith’s 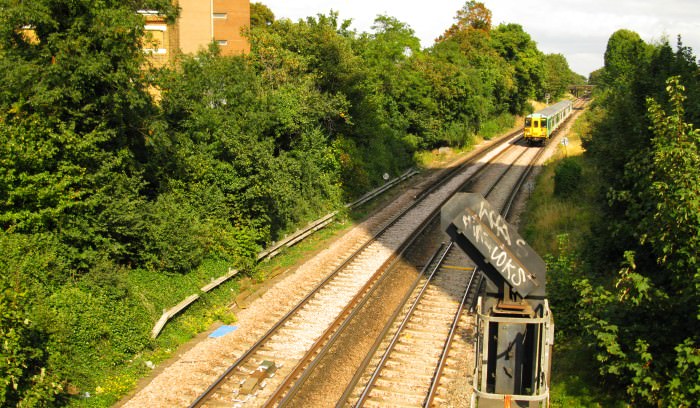 In this view showing a West Croydon bound train approaching Spurgeon’s bridge, the Sydenham Road crossing can be seen in the distance. On the left was the entrance to a dock whilst the land on the right was once owned by the canal, thought to be for the purpose of extracting gravel 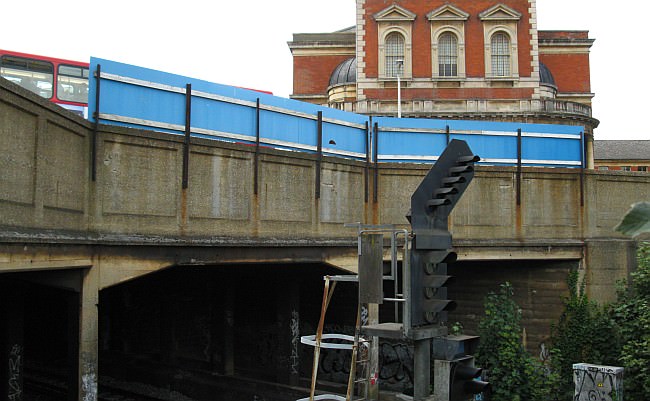 Spurgeons Bridge, also known as Brick bridge, whose name indicates it was possibly the only brick built bridge on the canal (the others seem to have been all stone or wooden structures.) It is rumoured that parts of this bridge were used in the railway bridge, but this has not been proven, as as this picture shows there isnt anything to indicate that this was the case. It may have been when the railway was first built. The present railway bridge is not quite in the position that the canal bridge was, because the elevation and alignment of both canal and railway are different.

We now head towards West Croydon and the end of the route.