The start of the canal’s summit level was located on Croydon Common where two locks were supplemented by a pumping engine. The entire area is now the railway junction between the London Bridge and the East Croydon/West Croydon lines 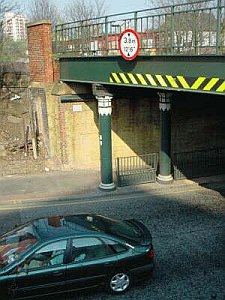 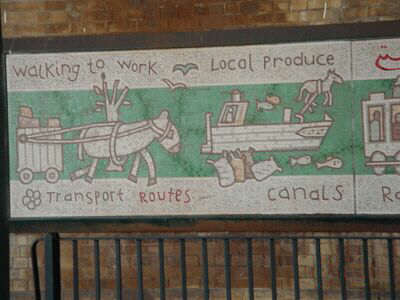 This mural is under Portland Bridge, and depicts a canal scene of sorts. Below: From the steps up to the station, looking back the area in front was the site of the swing bridge. Behind was Norwood Wharf, and the South Norwood Working Mens Club can be seen just to the right of the bridge height disc

At Norwood Junction Station, these cars line the route of the canal (it actually was several feet lower than present ground levels.) After passing this point, the canal route went through where the gates are, into what is Selhurst Yard, before crossing the railway route at Tennison Road

This is the view from Tennison Road Bridge. The houses in the distance past the rear of the train are those at the new development that is Towpath Way and Canal Walk. The Croydon Canal crossed the grassy piece of land that takes up most of the foreground in this view. At the bottom of the picture is the site of the steam pump and well that were used to supply the canal for its climb to a summit level approximately 174 feet above sea level 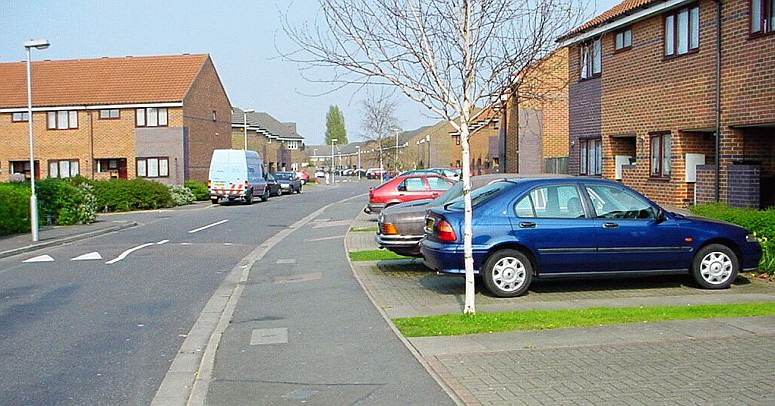 View looking north along Towpath Way. The estate clearly follows the old canal alignment as evidenced by the way the houses and road weave 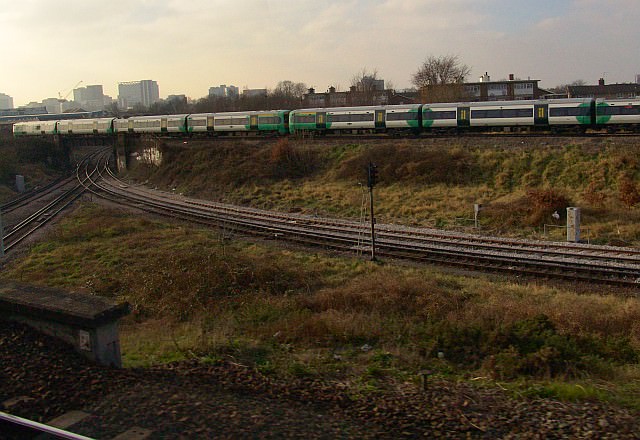 View from train to East Croydon showing the junctions at Selhurst with the West Croydon line. The canal ran just to the south of the left hand rail route before joining it just under the bridge. The furthest rail point seen through the bridge is possibly about where the canal’s summit lock stood. The change in gradient can be seen 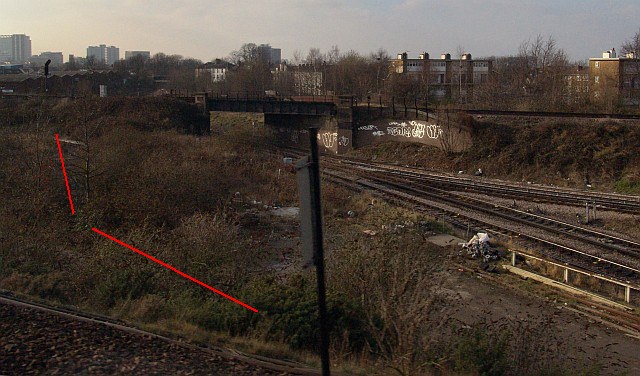 The land on the southern side of the railway can be seen. The Croydon canal ran diagonally from the bottom of the picture (by the post) towards the top LH corner. Its approximate alignment is marked in red. The first of the two Croydon Common locks was about where the signal is sited on the down Brighton main, near the top RH corner. On the far side of Gloucester Road Bridge, the railway sits on the site of the two locks that lifted the Croydon Canal up to its summit level 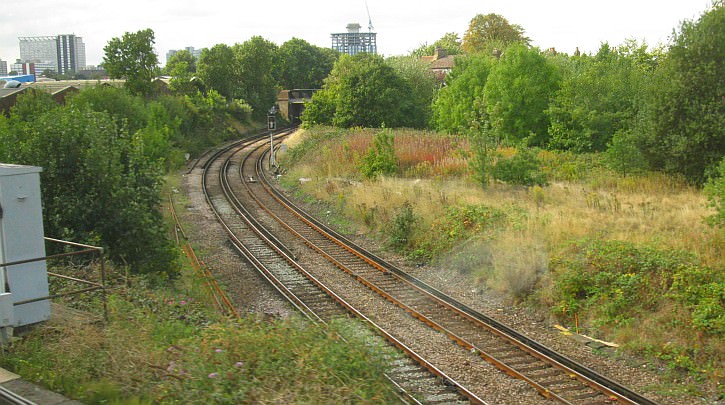 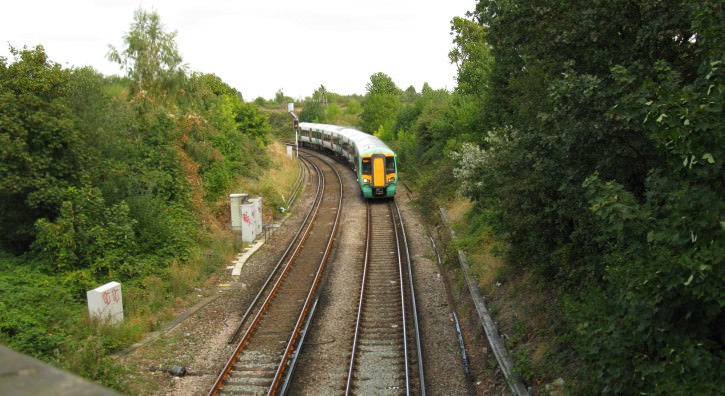 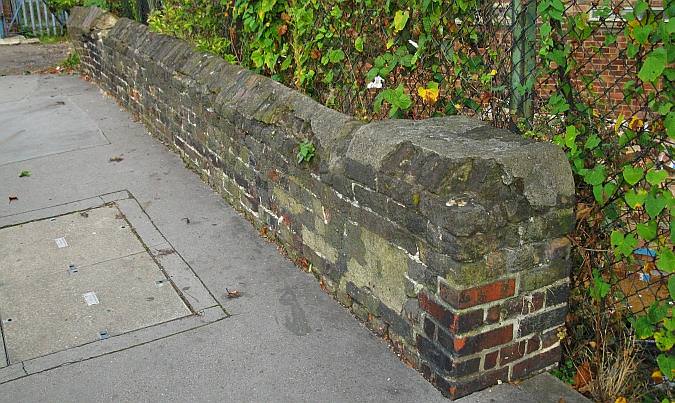 The remains of this parapet at Gloucester Road is said to be part of a canal bridge. This is entirely incorrect. There is no trace of an arch underneath the bridge so it may have been simply a retaining wall. The canal itself was crossed by a swing bridge here, so we know the bridge wasnt built of brick. Looking behind the parapet one finds a very long old brick wall (picture below) whose origins are not known but may well be to do with the canal 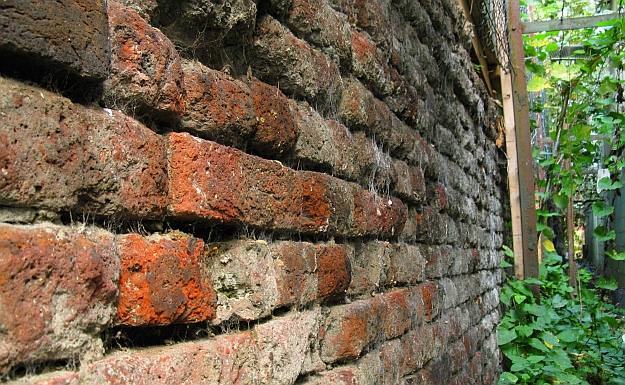 This wall may have once paralleled the canal itself.

We now go towards Bird in Hand and Spurgeons Bridge.