Other towpath projects in London

As previously explained, by 1977 the towpath had been improved right all the way across London as far as Hackney. Despite the GLC’s Canal Way scheme, the eastern London Boroughs were more into what seemed rather more local initiatives, such as the Green Link walk, Lea Valley Walk or the Bow Heritage Trail (Victoria Park/Hertford Union canal section)
Hackney had the most diversive mix with its own set of huge signs with comprehensive informaton on the canal and its locality. Islington had its own brand which were specifically towpath markers over the top of the tunnel.
There were so many variations that it is probably difficult to discuss them all. Great variations ensued across the London canal network, even with regards to British Waterways’ own schemes. The Bow Back Rivers even had their own distinctive style of signage. Not all the signs or information boards were found on the waterways themselves. For example one of the Bow Back signposts was located on the Greenway, whilst a route map for the Lee Navigation could be found in a street where there was no waterway!

Three different designs have been used on the boat horse route over the top of the 960 yard tunnel. The original ones were iron and consisted of several variations, depending on which way they needed to point. Many of these still remain and are complemented by a set of new ones placed in 2002. A short time after that a further series of markers, quite anonymous but clearly denoting water, also found their way onto the route over the tunnel. In some locations all three may be seen grouped quite close together. 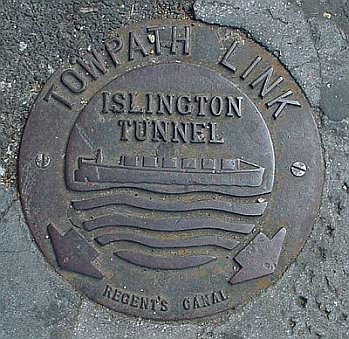 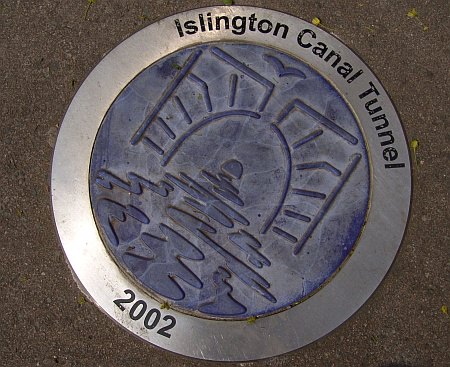 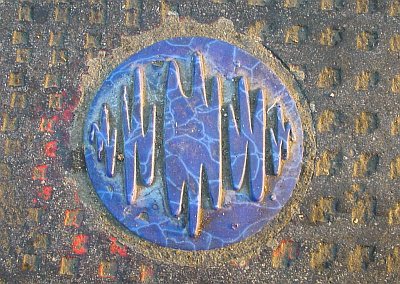 Nowadays this is known as the Green Chain Walk covering south London from Thamesmead & the Thames Barrier to Crystal Palace. But no less than a decade back it also covered North London (this being part of the Regent’s Canal, the New River and Lee Navigation) under the name Green Link Walk. The signs had the GC legend to denote it as clearly being part of the Green Chain Walk. The plaques at New North Road had gone by around 2004. By 2005 the remaining Green Link finger posts had been painted in BW’s colours (black & white) but in no more than perhaps a couple of years had disappeared. Amazingly the solitary plaque at Mare Street struggled on alone until at least early 2010!
Little is known about the Green Link Walk itself. Its somewhat a bit of a mystery where it went as no dcouments seem to exist. It was clearly a northern extension of the Green Chain Walk, but how it fitted in with the main Green Chain Walk remains a mystery. 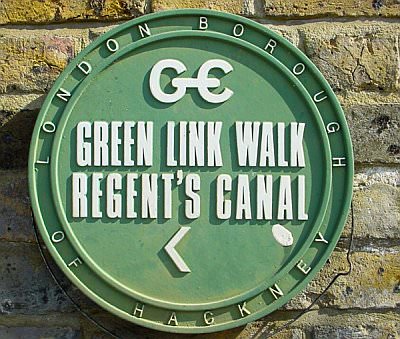 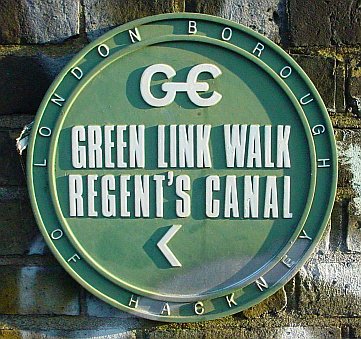 Green Link on the east London sections. The Mare St sign in 2003. Right: The plaque that used to be at New North Road, again 2003
It seems somewhat that Hackney devised this circular walk taking in the Hertford Union, Regent’s Canal, New River and Lee Valley Park as an add-on to the popular Green Chain, which was clearly extended across North London for a short time in the 1990’s under the title Green Chain Link. Obviously other schemes have replaced this leaving the older signage little more than an enigma wherever its signs can be seen. 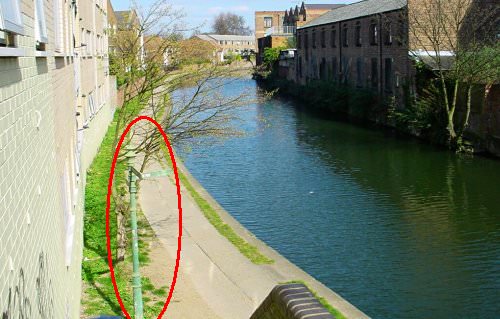 Green Link signpost at the bottom of the steps in Mare Street Hackney, seen 2003.
The Green Link posts had distinctive finials. 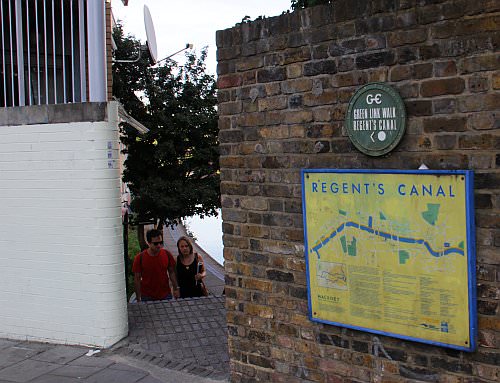 Mare St bridge, Hackney, May 2013 showing one of the last 2 remaining Green Link plaques
The westernmost Green Link plaques were possibly at Islington by the New River. A number of distinctive fingerposts accompained the walkway. Examples were found at New North Road, Whitmore Road and Mare Street. As cited elsewhere when the Green Link scheme departed, the remaining ones were painted in black/white by BW. The only remaining plaques are those at Mare Street and Southgate Road (Rosemary Branch bridge.) The latter is actually in Bridport Place opposite Southgate Road. 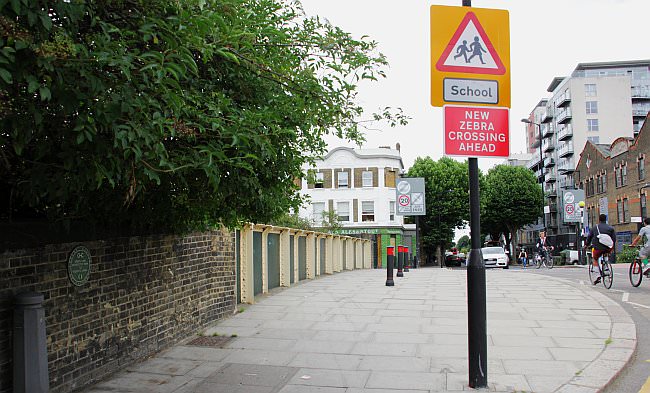 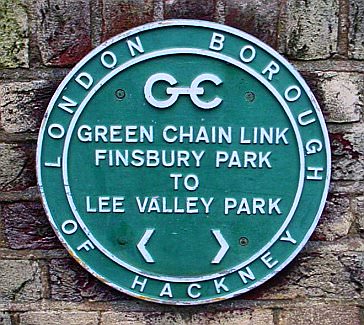 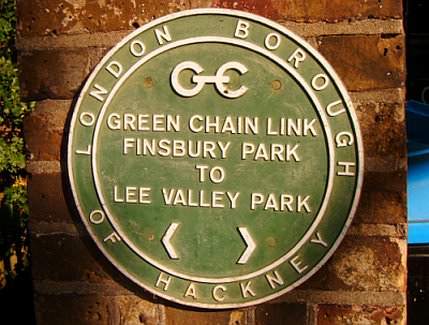 Plaque at Springfield marina on the River Lea (Lee Navigation) 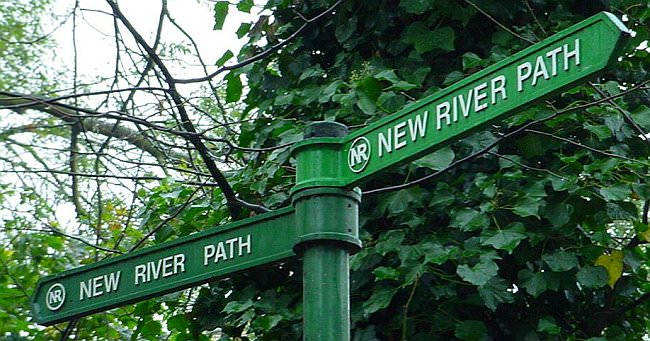 The New River posts (Stoke Newington to Enfield) were practically twins to the Green Link ones! Few now remain.
The Green Chain Link route was somewhat strange because no signage for this walk appeared along the Lee Navigation, except for the bit across the navigation at Springfield marina. Perhaps the project was incompleted. The current Capital Ring scheme is clearly a successor of some sort to the Green Link with variations in routing.
Next: More towpath projects

The Regents Canal's two western tunnels, Maida Hill and Lisson Grove are without a doubt the most well known of...

Three canal tunnels exist in London. Two of them are on the popular western end of the Regents Canal between...