The descriptive mural on the front of the Palmer building.
Built for the Palmer Tyre Co and used to make aircraft parts during WWII, this 97,00 sq ft 1920s industrial building made parts for WWII fighter planes. The buildings were re-designed by Terry Farrell in 1988 providing light industrial units and offices, which included his own architectural practice.

Palmer advert 1949
Next door to the Palmer Works is the Spitfire Building, with its unusual wing decorations.
This is the more attractive building in Hatton Street and it clearly reminds us of aeroplanes. The rest of the building’s upper section has a more austere style typical of many factories of the time. Of course the frontage has been altered to enhance the building’s character, and it seems to work well.
There is a third art deco building in adjacent Penfold Street with a totally different style, consisting of decorative dormer roofs with colourful styled pillars. This backs onto the Palmer and Spitfire works. 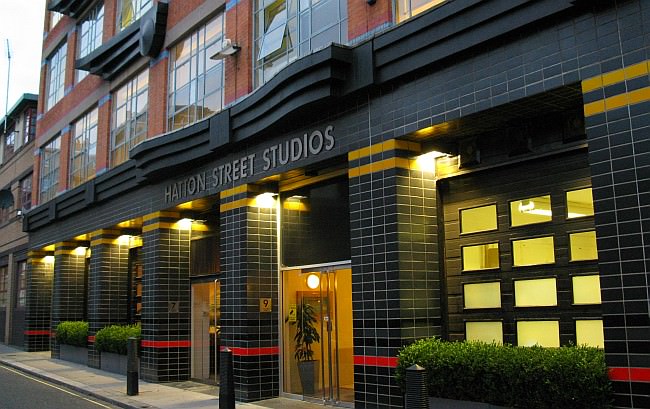 The main buildings in Hatton Street 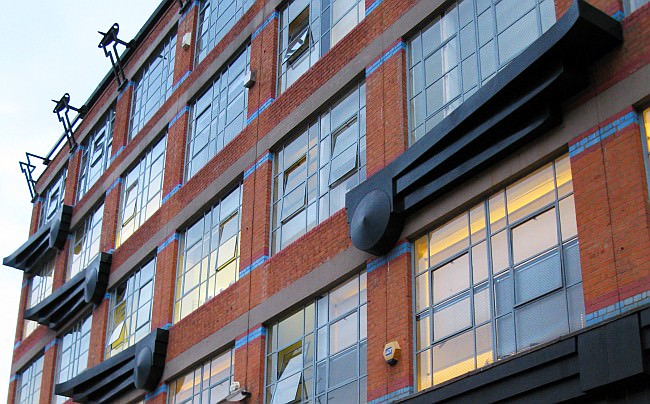 Upper floors of the Hatton Street buildings showing the ‘wings’
THE PALMER WORKS!!!

The front/side of the Penfold St art deco building with the rear of the Spitfire Works visible.
The Great Central’s Goods Terminal used to be found opposite the Penfold Street frontage, at one time this was a very busy industrial estate and it is without a doubt that many aircraft parts could have been transported by rail from the depot across the road to other locations for assemblage into planes, or even perhaps found their way by water via the nearby Regent’s Canal’s Marylebone Wide distribution depot.