Despite not actualy being on the canal, St Pancras has always formed a backdrop to the prospect from the locks of the same name on the Regents Canal. Since the station’s expansion to form an international terminal, its actually closer to the canal than ever before, especially where the canal turns to meet Goodsway 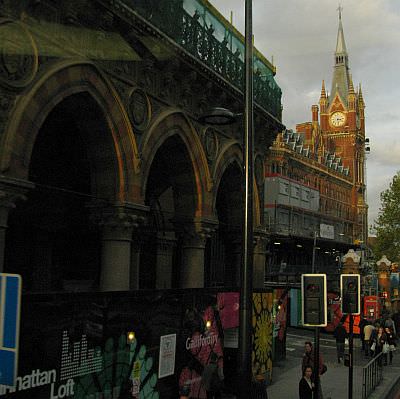 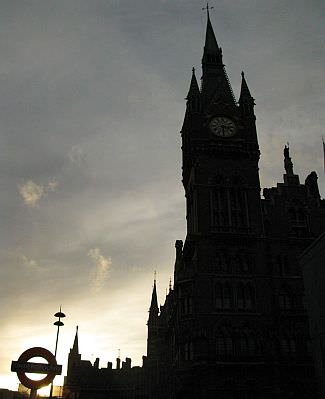 The famous clock tower & the boarded up arches. These arches were the entrance to the grand hotel. Right: View of St Pancras from Kings Cross 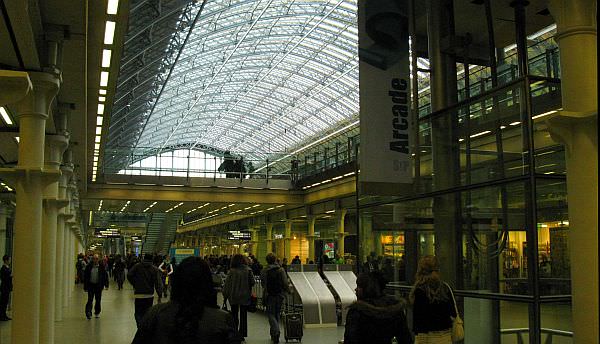 The arcade. Its a popular shopping and dining venue amongst the trains. Its the largest station shopping mall in the world 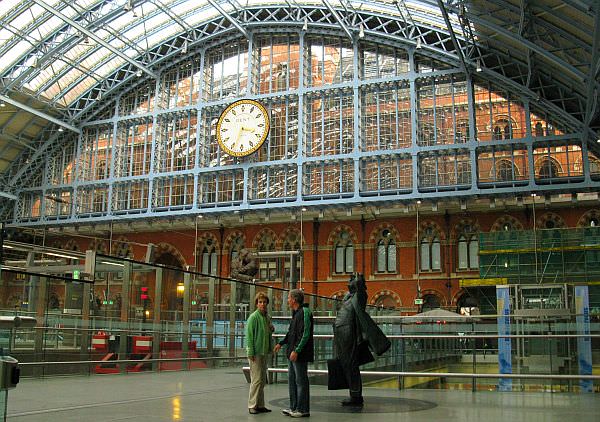 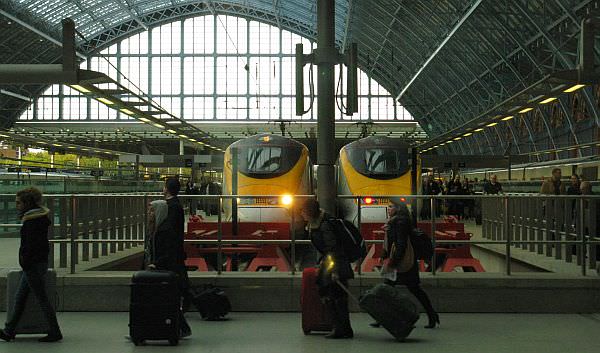 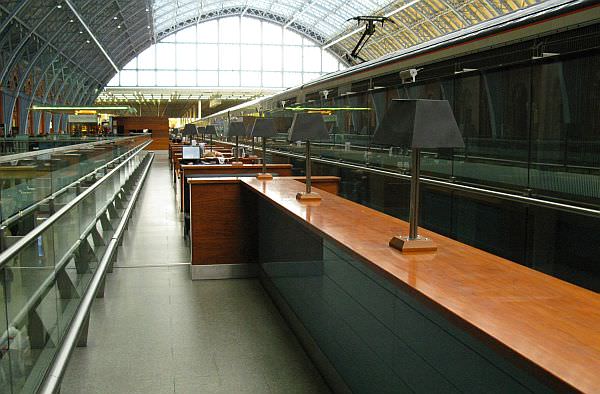 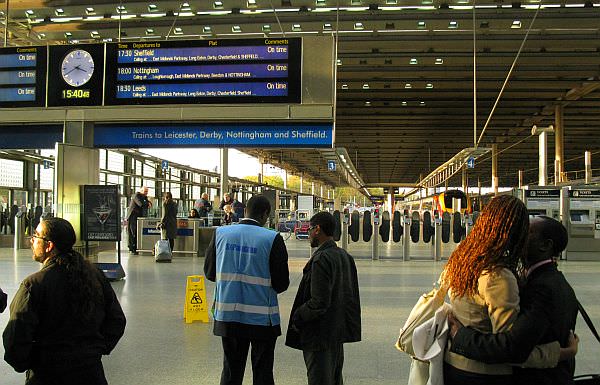 The domestic part of the station, offering services to Leicestershire, Derbyshire and Yorkshire 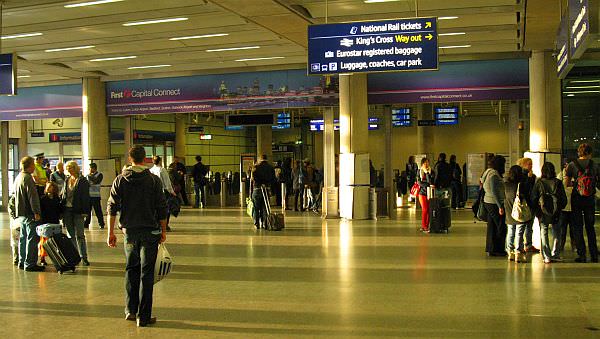 The domestic services ticket hall and entrance to the Thameslink platforms 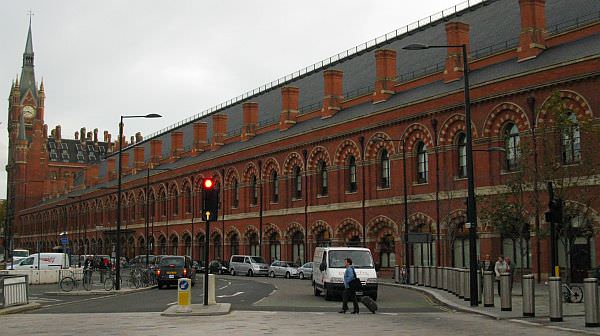 As well as having the longest bar, St Pancras must have one of the longest Victorian structures in the country
Ever wondered what the views look like from the St Pancras clock tower (or even what it looks like inside the clock tower or some of the other parts that havent been availabe to Open House visitors??) You’ll find some answers and great pictures, including the really lovely staircase at: 28 Days Later(1) 28 Days Later(2) 28 Days later(3)