John Nash built a substantial number of villas and town houses along the Regents Canal. Many more were planned but in the event only around half got off the drawing board. Of those that were built, around half have disapperaed. The largest estate of Nash built Houses was located at what were called the North Bank and South Bank between Lisson Grove and Park Road. They were demolished to make way for the new railway line that was built by the Great Central at the very end of the 19th Century 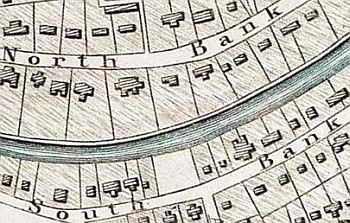 Map showing North and South Banks along the Regents Canal
The North and South Banks were villas and houses that stepped up from the canal, as shown below on this extract from a map of 1830. The North Bank is now occupied by St Johns Wood electricity substation. The southern side is accomdated by Lisson Grove housing estate. The demolition of the North and South Banks occured becasue the Great Central railway wanted a large goods yard and rail bridges to give it direct access to the centre of London (Crocker’s Folly nearby was built in anticipation that the railway would finish north of the canal but in the event it didnt!) The grassed banks and gardens were removed and the canal widened. Massive brick retaining walls were constructed to strengthen the sides and to permit craneage to operate by the canal 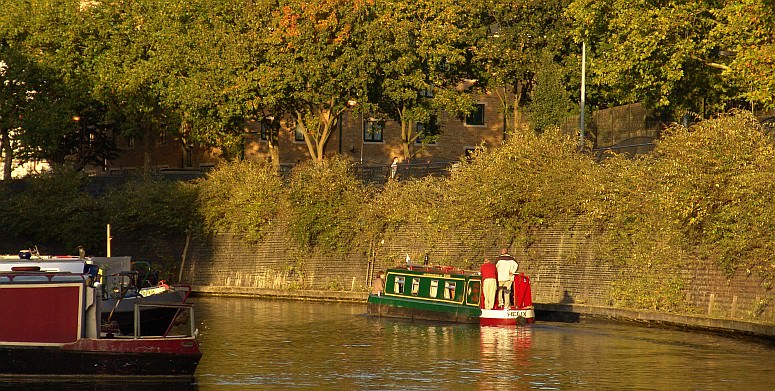 This almost country-fied view belies the fact it is Lisson Grove in Central London
In the early 19th Century this would have been a view looking along the canal towards the South Bank villas. The boat (Helix) is on the site where the South Bank villas stood. The massive retaining wall shored up the landward side upon which was built the Marylebone Goods Depot. There used to be a railway bridge across the canal at this point to serve the goods depot but no trace of this bridge remains (see the section on the Goods Depot) 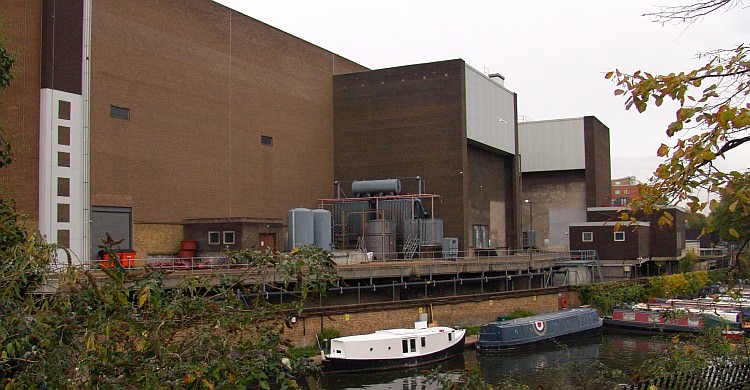 On the north side of the canal is St Johns Wood electricity substation. It uses canal water for cooling systems. Nash’s North Bank villas once stood here 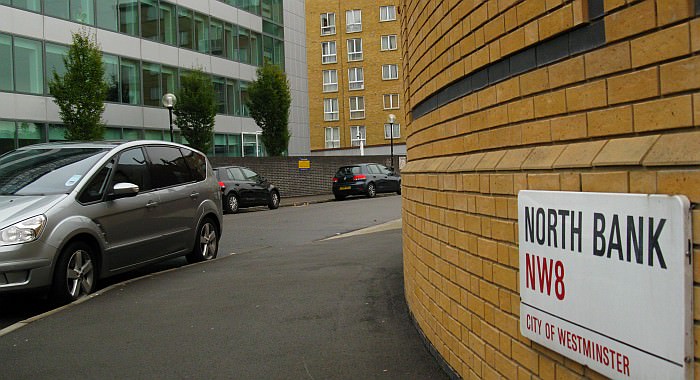 North Bank road still exists in part, though the entrance was originally made from Park Road and not that which is seen today in Lodge Road
North and South Bank villas had several noted residents. Perhaps the most famous of all was George Eliot, whose house, The Priory, featured in a number of photographs such as the one shown below. This was printed for an article in the late 1890’s. The house was in a position overlooking the canal at Marylebone Wide just on the east side of Lisson Grove tunnel and was demolished for the new power station/railway depot that dominated the area for much of the 20th Century. 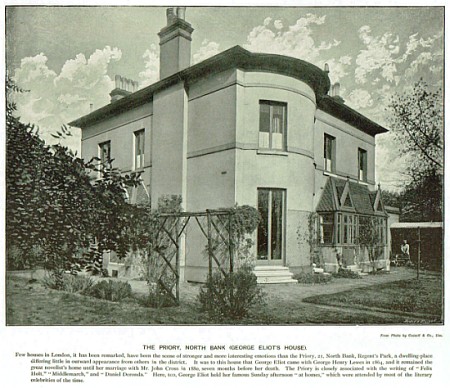 Enlarged text from the article:

John Nash built a lot of houses along the Regents Canal at Park Village East and West, on the eastern perimeter of Regents Park. These villas and town houses are quite unusual amongst the Nash structures in that they are located within the London Borough of Camden instead of the City of Westminster 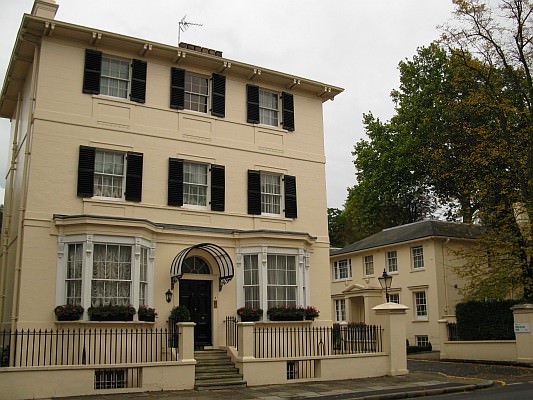 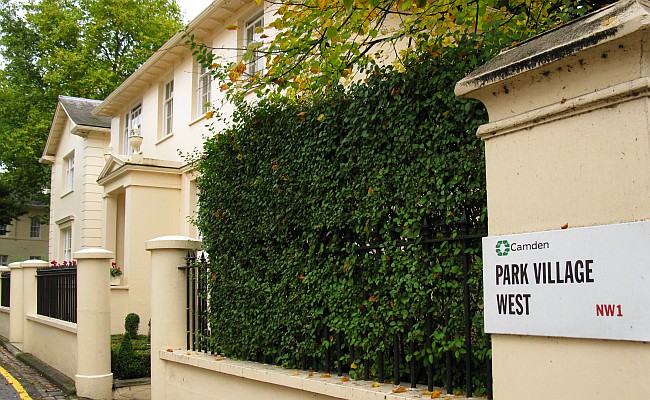 Nash house at the start of Park Village West 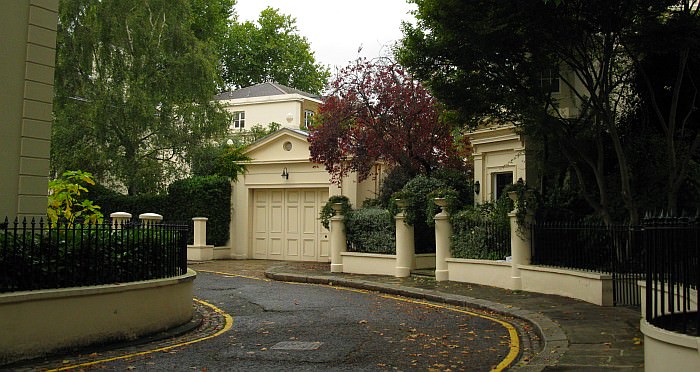 A secluded corner at Park Village West. Part of the Regent Canal’s former cutting can be seen at the rear of some of the gardens

Park Village East and the first of several Nash houses sited on the west side of that road
As previously mentioned, most of Park Village East was demolished to make way for a widened rail route out of Euston station. This left just the villas and town houses on the western side of the road. One may notice by now that every Nash house has a different style, that was his intention and it is one that Terry Quinlan followed for his modern day versions