Just behind Blomfield Road is little known Randolph Mews. And even less known is this excellent red brick built structure that used to be a sub-station belonging to M.E.S. Co. Ld., a company more widely known by the name METESCo. Who, or what was, METESCo?

The company’s smart badge as used on its equipment.
METESCo was a pioneering electrical supply company based mostly in Central London, with operations in parts of the surburbs. Its origins began in 1887 when it was known as the South Metropolitan Electric Supply Company, but changed name just a year later to METESCo. In 1896 the company lit Regent Street by electricity for the first time. 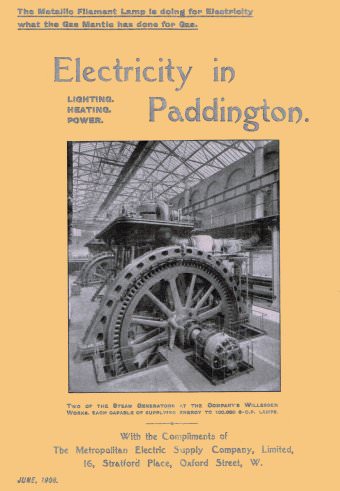 METESCo leaflet for Paddington area 1908
METESCo had four power stations, of which one was in West London alongside the Paddington Canal at Acton Lane (commissioned 1899) and the other locally in Grove Road, St John’s Wood. The latter was the forerunner of today’s huge electricity substation sited alongside the Regent’s Canal and was known as St John’s Wood Generating Station. Designed by Peach and Reilly, built between 1902-4, it was said to be the grandest power station in all of the UK. The entire complex was demolished in 1973, save for a retaining wall near the junction with Lisson Grove. 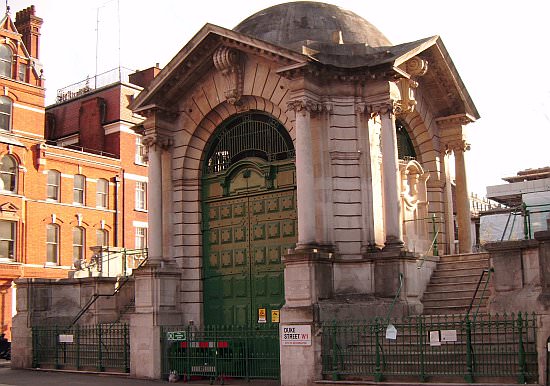 Charles Stanley Peach’s Duke Street sub-station south of Oxford Street, still in use today.
Peach and Reilly designed some of London’s iconic Edwardian buildings which had an industrial purpose, one exception to this was the famous centre court at Wimbledon. One of their major structures, with its domed roofs, porticos, columns and grand staircases is still to be seen in Duke Street, just behind London’s busy Oxford Street. 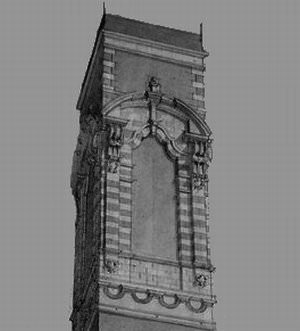 Elaborate design for St John’s Wood power station
It is without a doubt Peach & Reilly who designed the METESCo works in Randolph Mews. Charles Stanley Peach was a Scottish architect whose speciality was electricity stations. Many thought his structures were far too elaborate for the nature of the work meant for them. The St John’s Wood station had chimneys that were exquisively decorated. His designs were explored in an article published in the RIBA Journal in 1904. ‘Notes on the design and construction of buildings connected with the generation and supply of electricity known as central stations,’ were intended to make it known functionality should not be the final word in power station design.
METESCo along with several others in 1920 formed the London Electricity Joint Committee in order to consolidtate and better provide the city’s electrical supplies. In 1924 the committee became part of the London Power Company Limited, which agreed to continue the Acton and Grove Road plants but closed several others thought superflous to its requirements. The 1924 merger further became the London and Home Counties Joint Electricity Authority in 1925 as a result of the London Electricity (Nos 1 & 2) Acts of that year. Confusing! 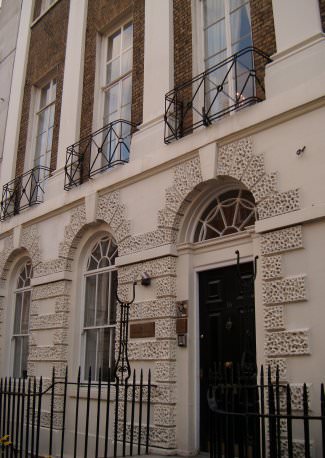 Former METESCo HQ, 16 Stratford Place, Bond Street, W1
Through all this METESCo still existed as a operating company providing power as required for the capital via the various authorities. It is said that around 2,500 people were employed by METESCo and the company’s administrative offices were based at Stratford Place, opposite Bond Street tube station.
It is said that when a fault developed on the METESCo network, it was sometimes due to thieves trying to steal the company’s copper cables. Despite perceptions of today, such activities were apparently quite prevalent in the first half of the 20th Century and METESCo employees used to discover burnt bodies of copper cable thieves at the locations where faults had developed.
METESCo ceased to exist after the second world war. The Electricity Act of 1947 merged over 600 electrical supply companies into just 12 area boards. London Eletricity Board covered the city for 43 years until it was privatised in 1990, eventually ending up as EDF Energy in 1998.
It is not known when the Randolph Mews building was decomissioned. It may have been in the early 1970’s along with the closure of St John’s Wood station and the sub-station in nearby Aberdeen Place. The Randolph Mews ‘MESCoLd’ building was built in 1927, and must certainly rate as one of the most hidden historic structures in London. Its ommission is clearly noticeable when one reads the many learned guides and histories covering London comprehensively. 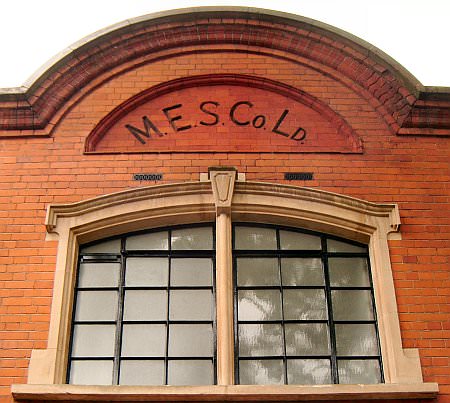 The M.E.S. Co. Ld. (METESCo) former electricity sub-station in Randolph Mews
The building certainly makes a change from what seems a sea of cream coloured Victorian mansions in Little Venice (as well as those awful garages that characterise the south side of the mews.) 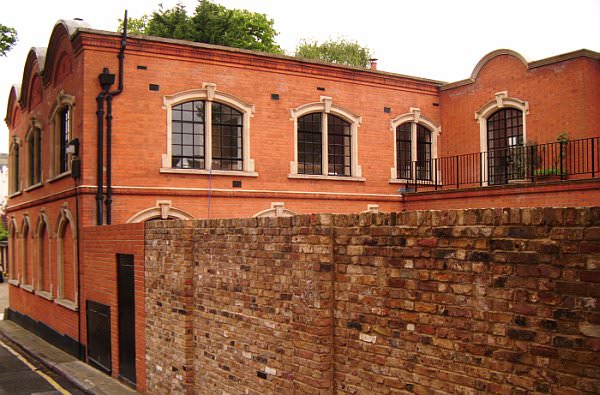 Mews are quite common in London but in this particular corner quite rare. There are three other mews clustered around the section of Warwick Avenue north of the tube station but Randoph Mews is the only one that has buildings that are not linked into the historic fabric of the area. The reason for this was that extensive bomb damage in WWII demolished much of Randolph Mews (as well as many other parts of Little Venice.) Clearly the METESCo building came through the war pretty unscathed. 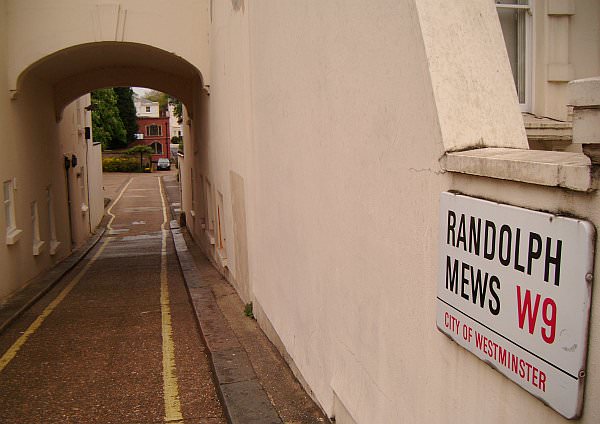 Randolph Mews from Randolph Avenue looking through the archway towards the METESCo building. 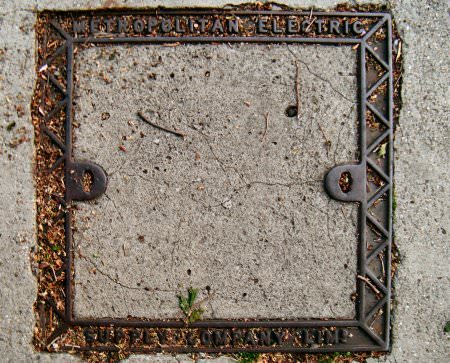 Examples of METESCo covers seen around W9. The best examples are perhaps those seen along the length of Blomfield Road. 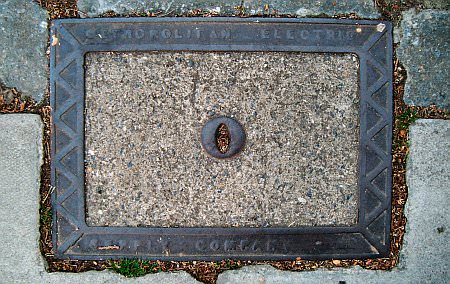