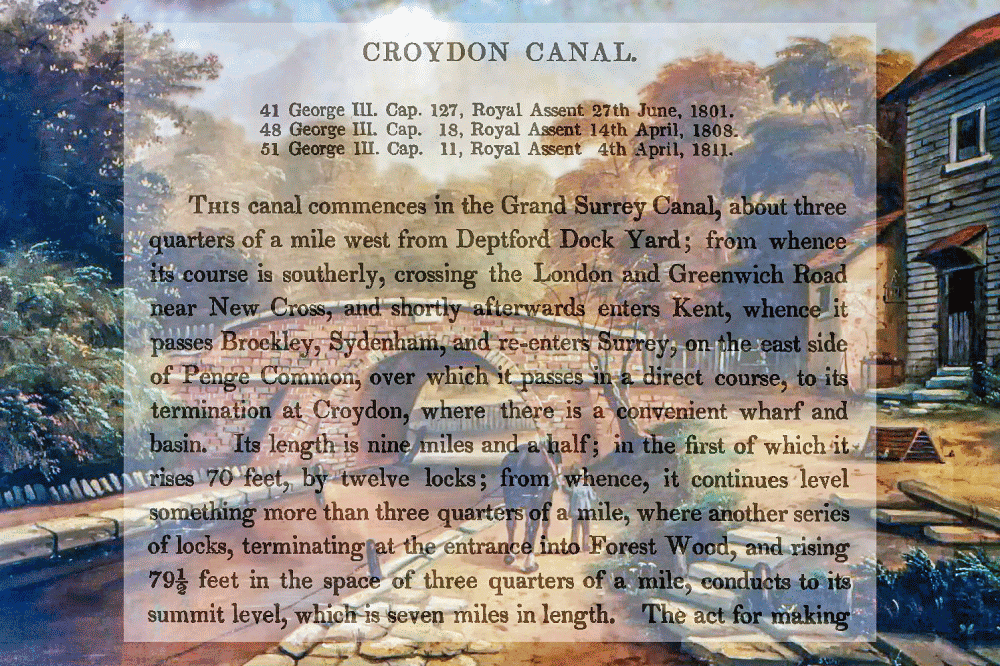 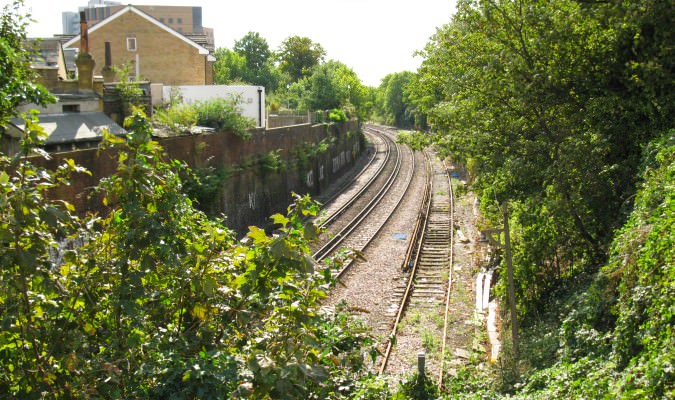 From Spurgeons Bridge, the canal swept round to the left in this deep cutting, said at the time to be beautifully turfed, to enter the terminal basin at West Croydon. The right hand side of this approach was used for stabling trains operating the Southern railway’s abortive overhead eletrification scheme of the early 20th Century, and the surplus track on the right, that is the headshunt from this yard, is on the alignment that the canal took towards West Croydon. Its ironic overhead eletricfication has returned to West Croydon in the form of trams! 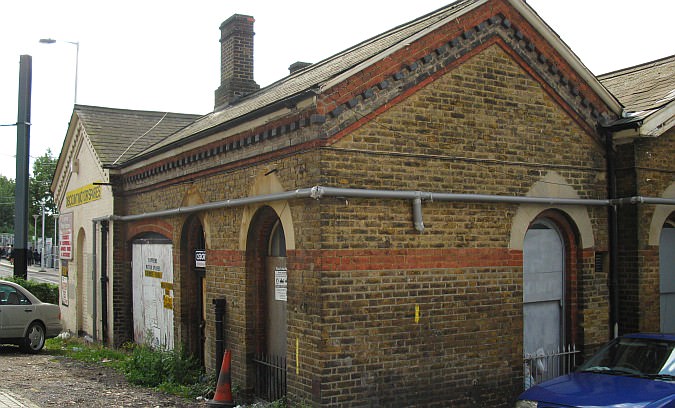 The journey along the route of the canal ends at West Croydon Station. The tramlink route more or less indicates the north eastern extent of the basin at West Croydon. The buildings (shown above) are said to have been there when the canal existed. They now form part of West Croydon station though not in use by the railway 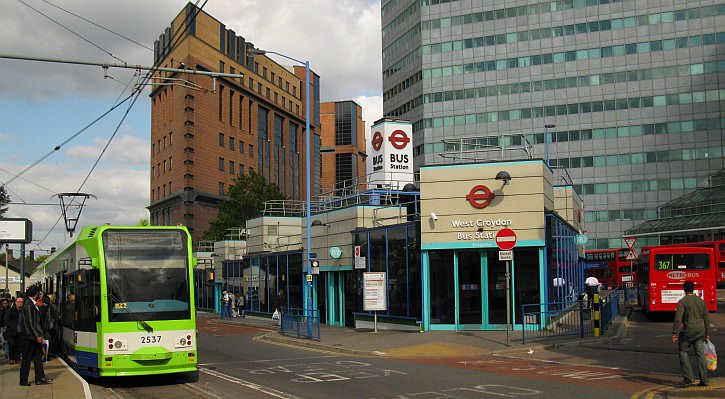 This Croydon Tram stands on an area once part of the terminal basin which extended up to near where the buses can be seen. I preferred the red livery the trams had, the new green colours are a bit yucky! The bus station sign helps to place the last few images in this series 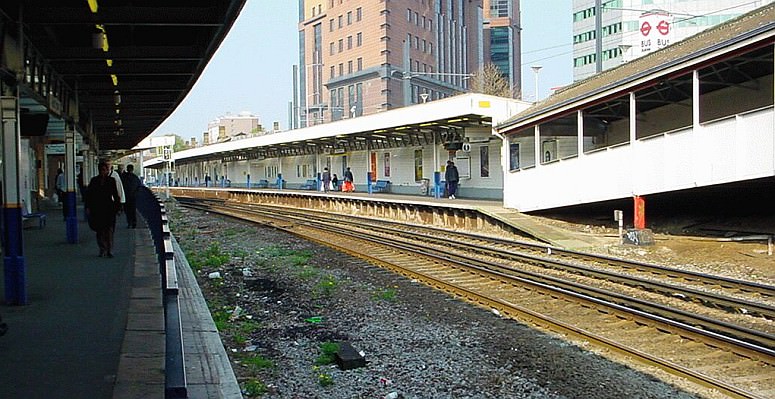 In the next picture the Bus station sign can be seen above the sloping covered walkway on the right. The bottom of this covered walkway is roughly where the south west edge of the basin lay. The trackless platform in the foreground was once the West Croydon to Wimbledon line, until replaced by Tramlink 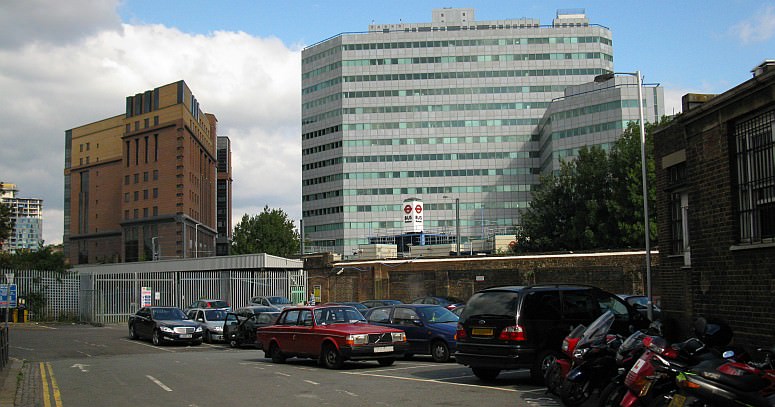 This a is a general view of the former canal basin site at West Croydon. It was once stabling sidings for the railway but now serves as a car park. This is at a higher level compared to much of the station, though probably still lower than the canal itself formerly was. It is clear that much excavation occurred at West Croydon in order to afford a suitable railway arrangment. Records show that work began in August 1836, draining the canal and lowering the site for the new railway. The exterior of West Croydon station buildings are on the right 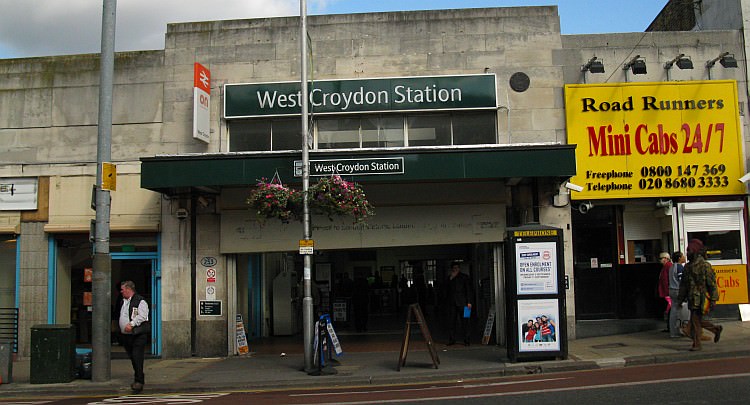