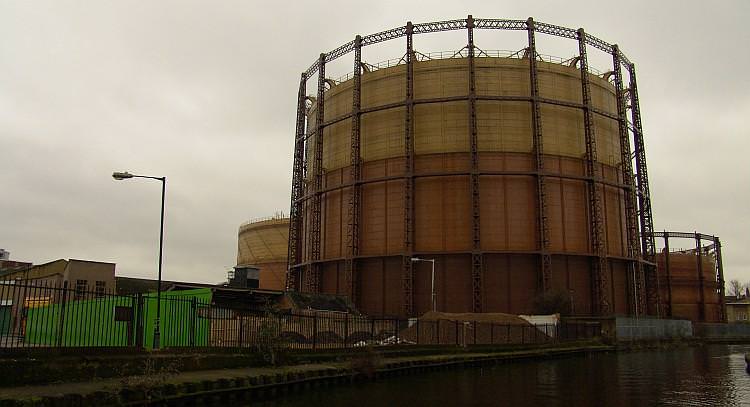 Boats and cyclists by Bonner Hall bridge in Victoria Park 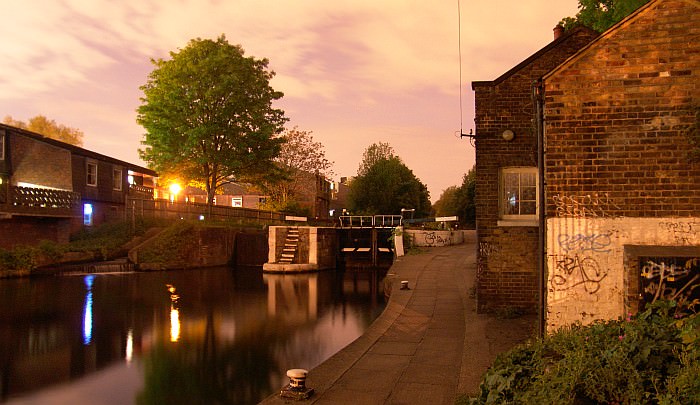 The Bow Heritage Trail includes this section of the Regents Canal as well as the adjacent Hertford Union Canal, which branches off below Old Ford Lock.

Suttons Wharf in its last year of existence. Despite objections its demolition went ahead

The Sandwich Barge at Suttons Wharf 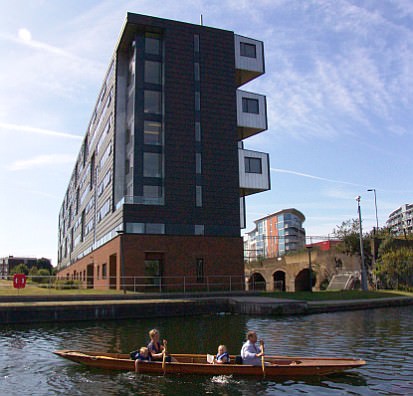 The new ‘hill’ by Mile End lock gives a good view of the Regents Canal, the new developments along it, and trains on the Great Eastern main lines. The whole area used to be part of the New Globe Tavern gardens between 1820 and 1860. The gardens were a more elaborate version of those at Anerley on the Croydon canal and offered refreshements, music, hot air balloons, illuminations and fireworks

This is the New Globe Tavern Gardens as depicted on the information boards on the hill and along the canal. In the distance is what many might assume to be Hampstead Heath, but I think its actually a rather enhanced Stamford Hill! The Regents Canal runs along the left side of the picture, and moored at a wharf (with the red buildings) is a barge that has sails. The Eastern Counties Railway (later the Great Eastern railway) line can be seen crossing the centre of the picture

View of the Canary Wharf buildings and Mile End lock. Notice the lock-keepers house with its modern extension 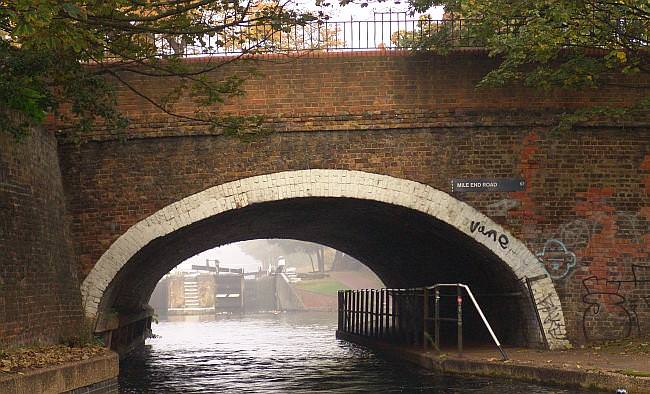 Mile End Road bridge and lock
Just below Johnsons Lock is the Ragged School Museum. It is sited in the old Dr Barnardo’s school, which opened in 1877 and closed in 1908. The musuem’s aim is to show how victorian children were taught

Two views of Salmon Lane Lock before and during the construction of the new development there in 2009 – Salmon’s is the last but one lock before Limehouse. From a friends’ flat we have vantage views of the canal all the way back to Mile End

The bottom of the 12 Regents Canal locks. This is Commercial Road and its the only one left that has a traditional double arched bridge 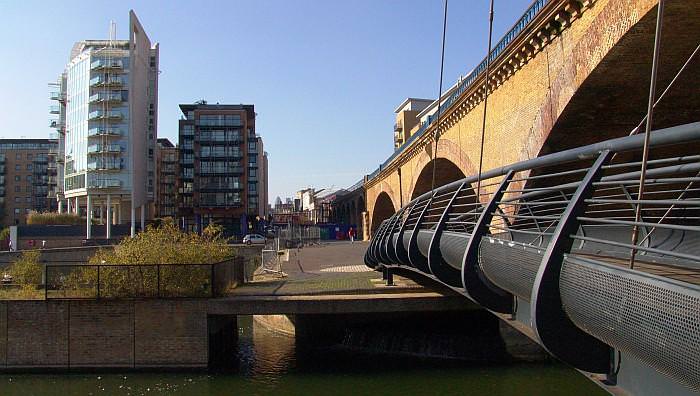 The footbridge across the tail of Commercial Road lock. The adjacent viaduct carries the Docklands Light Railway 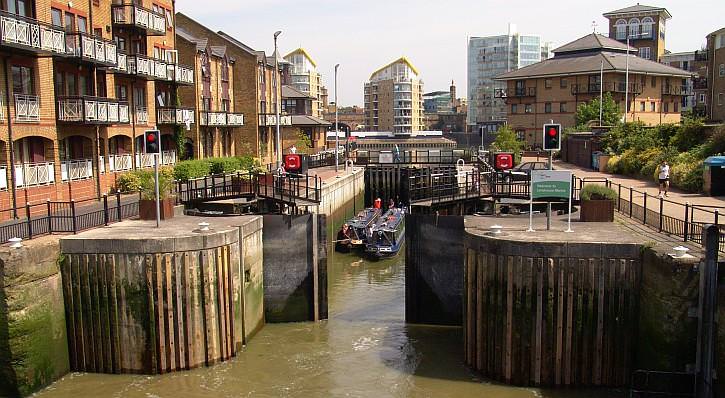